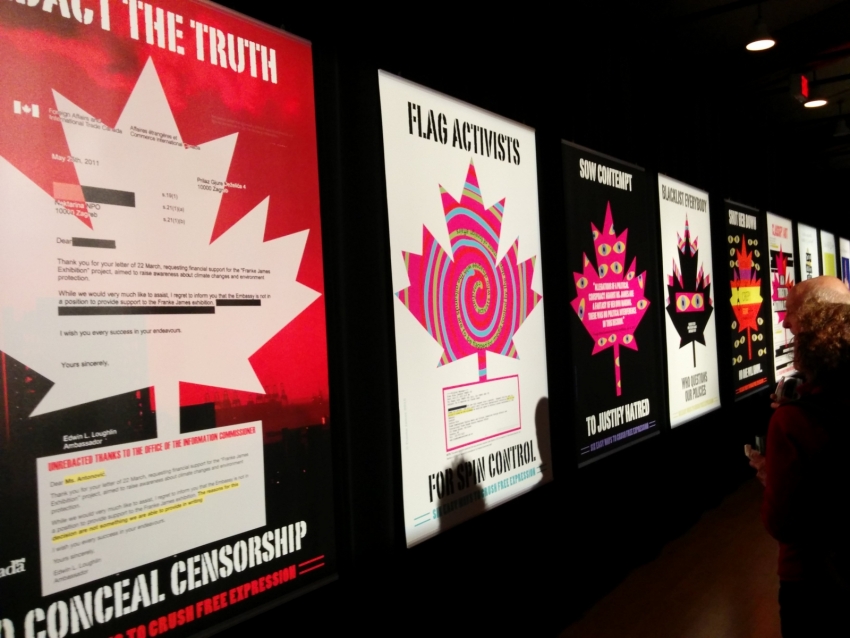 Franke James won’t be kept down. And the Harper government has tried pretty hard to do it.

Her latest posters, “Six Easy Ways to Crush Free Expression” and “Don’t Even Think About Climate Change” are more examples of a feisty and fun-loving nature that's unafraid to go toe-to-toe with Big Brother government tactics.

These new posters were recently on display with eight years of her work at Performance Works Theatre. She was speaking to a BC Civil Liberties Association (BCCLA) gathering about her personal battle to secure free speech.

The posters and artwork represent a visual record of her determination to speak out about climate change and the right to freedom of expression. She uses vibrant colors, reminiscent of the 1960s, to create posters that combine elements of David Shrigley, Couplandesque Canadiana, Shepard Fairey and Lewis Carroll illustrations.

They masterfully and playfully mix words and images while keeping close attention to details regarding the use of government documents. 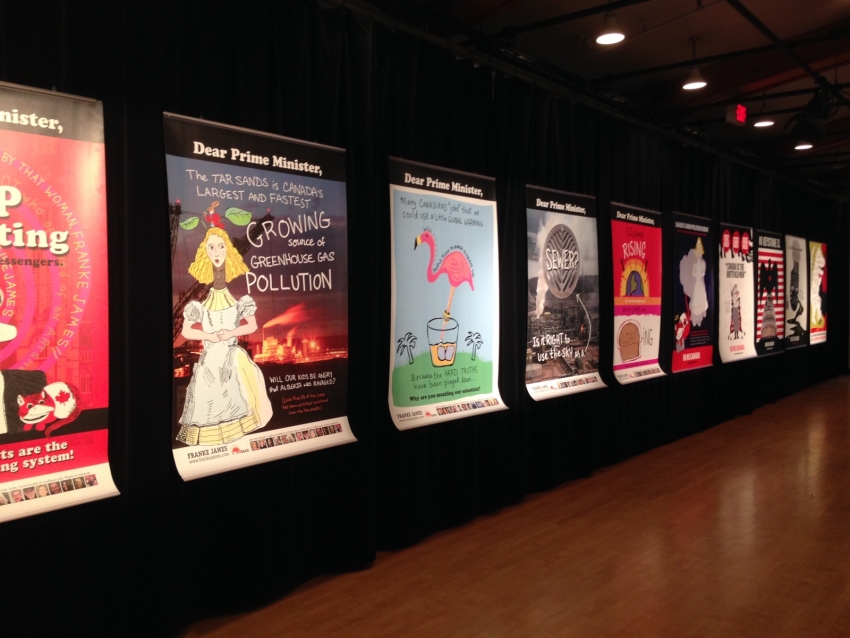 James’ story is almost Kafkaesque. And nobody tells it better than her in her tongue-in-cheek, illustrated book, “Banned on the Hill: A True Story about Dirty Oil and Government Censorship,” published in 2013.

The book contains a series of stories about her dismay at her government and her dogged detective work to uncover the truth.

In 2011, she was slated to tour her artwork to twenty European cities. The exhibition was designed to inspire people to personally take responsibility for and action against climate change and to reduce the carbon footprint. It was particularly meant to inspire teens. This was a big break for James and she was excited.

Then Government funding was withdrawn and the sponsoring NGO was coerced by government employees to cancel the tour. The Harper government was tampering with James’ career and credibility.

“The government actually did approve funding for my show….but then in this really Orwellian twist the Deputy Director of Climate Change and the Department of Foreign Affairs killed it,” said James while she pointed out the documents in a poster that supported her statements. 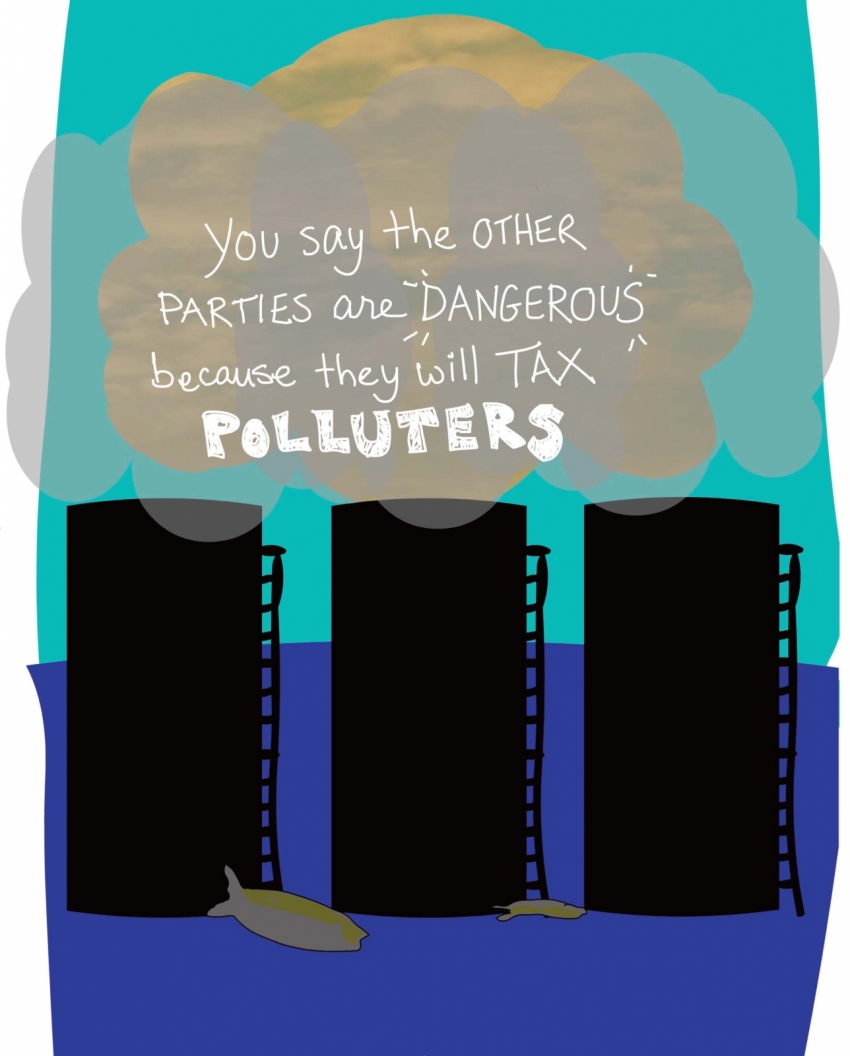 The problems for James began in 2008.  She wrote an online visual letter to Harper voicing her belief that citizens need not choose between the economy and the environment.  This led to her being placed on a government blacklist.

By 2011, she had also written a visual essay condemning the extraction of oil from the tar sands. Documents with emails among government officials showed clear disapproval of her voicing opposition to the development of the tar sands.

Ironically, it was the government’s attempt to silence her that propelled her exuberance forth.

“I think they thought, 'We’ll just shut her down and no one will know,'” said James, smiling.

“They never expected that I would dig so hard to find out the truth. But to me, it’s so incredibly shocking even to this day. I mean what the hell are these bureaucrats doing warning an NGO not to show my work. That is unfair.”

When news broke about the canceled tour, the government denied any interference.  James explained that they said “'funding was never withdrawn,' which was a lie. But I couldn’t say it was a lie unless I applied for Access to Information to actually get the truth.”