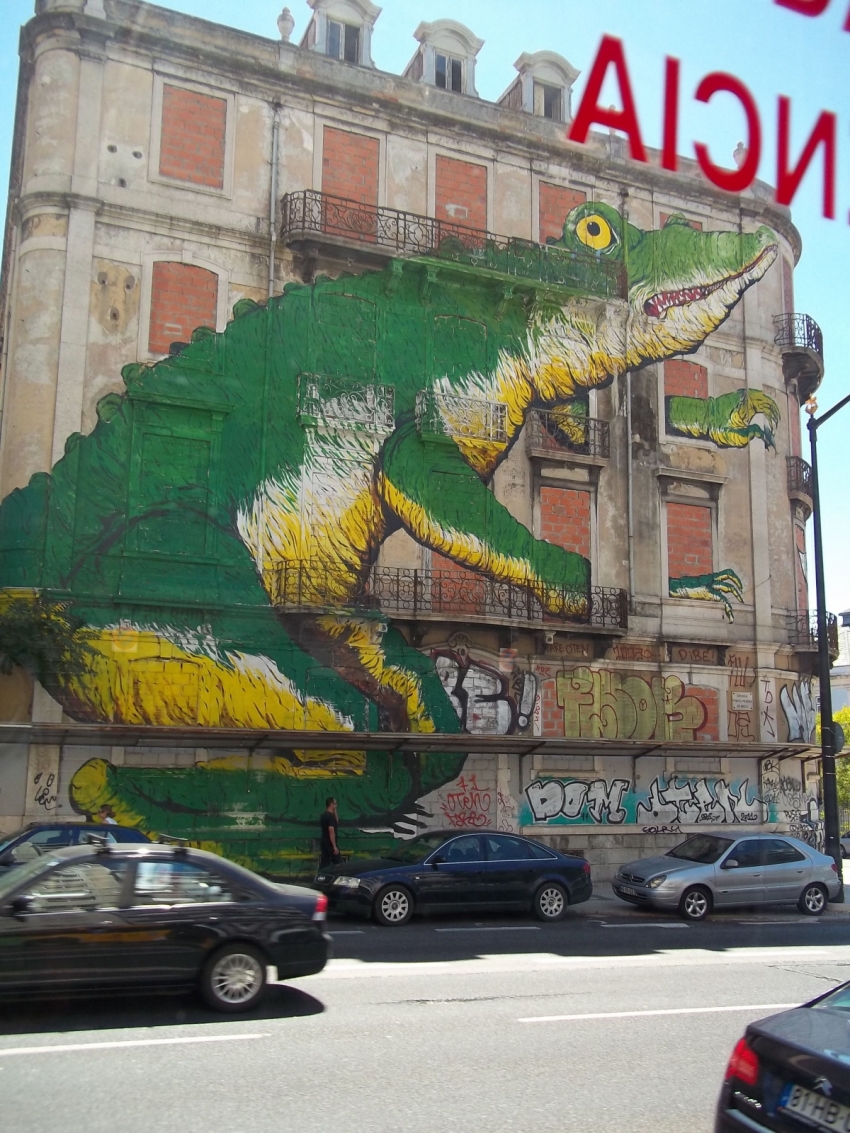 When Anthony Shelton, the Director of UBC’s Museum of Anthropology, announces that "Heaven Hell & Somewhere In-Between" is the most ambitious exhibit he has ever worked on, take note.

This is a fantastic show: daring, dramatic, visually and intellectually stimulating and keenly detailed.  Few exhibitions in Vancouver have compared.

In a recent media preview, Shelton explained that when people see folk or popular art they have certain expectations. In this show, he wants visitors to “be stunned” into a new understanding, not just about popular art, but about what is classified as European art.

Shelton believes most popular art has been unsuccessfully exhibited, either on stark white (and he cites a recent show at the Tate Modern of British folk art) or decoratively homey backdrops.  He and others at the MOA set about creating a different kind of environment for this Portuguese work. 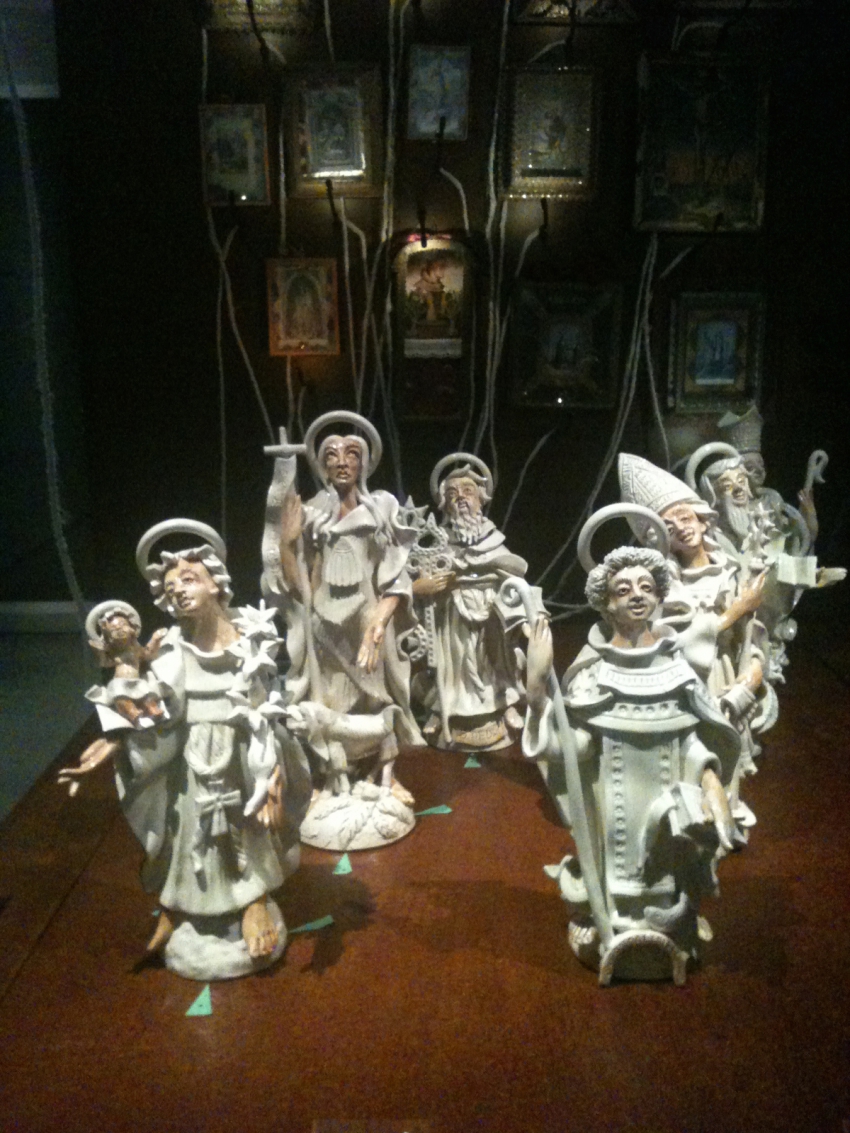 With over a year of design planning, five years of research, and conceived to the most minute detail, the exhibition is layered with such density, it is an experiential wonderland.

As with any good exhibition, the visitor at first responds to the experience without being quite clear what makes it work.  The presentation supports and uplifts, enabling the senses to indulge with the thought-provoking, often playful, and invitingly selected art objects.

The connective tissue — or layout and placement of the objects — is deeply informed, referencing the many levels of Portuguese culture from the social and spiritual to the historic and political.  Stunning videos projections, each uniquely evocative, have been done to a degree never before seen at the MOA.

White linen, like the sails on the Portuguese ships, soften the texture of ordinary white walls.

The exquisite display stands for the artworks are made of iron, treated with water and chemicals, rusted, then sealed to a perfect patina. Nuno Porto, Associate Director of Research at MOA, explained that the MOA staff and exhibition designer Skooker Broome, spent a great deal of time searching for the best color on which to display the work. Rust, found throughout both the rural and urban Portuguese landscape, was perfect.

Porto explained, “The idea of using it in the exhibit design was to convey a sense of time, of duration, in the materials.”  Rust, as a material, also works perfectly with the objects as it absorbs, rather than reflects, light.

The vigor with which the exhibition is created comes from Shelton’s love of popular art, one of his many specialties, and is informed by his years as a teacher and curator at Portugal’s Coimbra University.  This collection began some 13 years ago.

The perfectly set stage allows the show with its sparkling marionettes, ceramic devils, comic saints and oversized children’s toys to unfold dramatically from Heaven to Hell with sea and land in the middle. 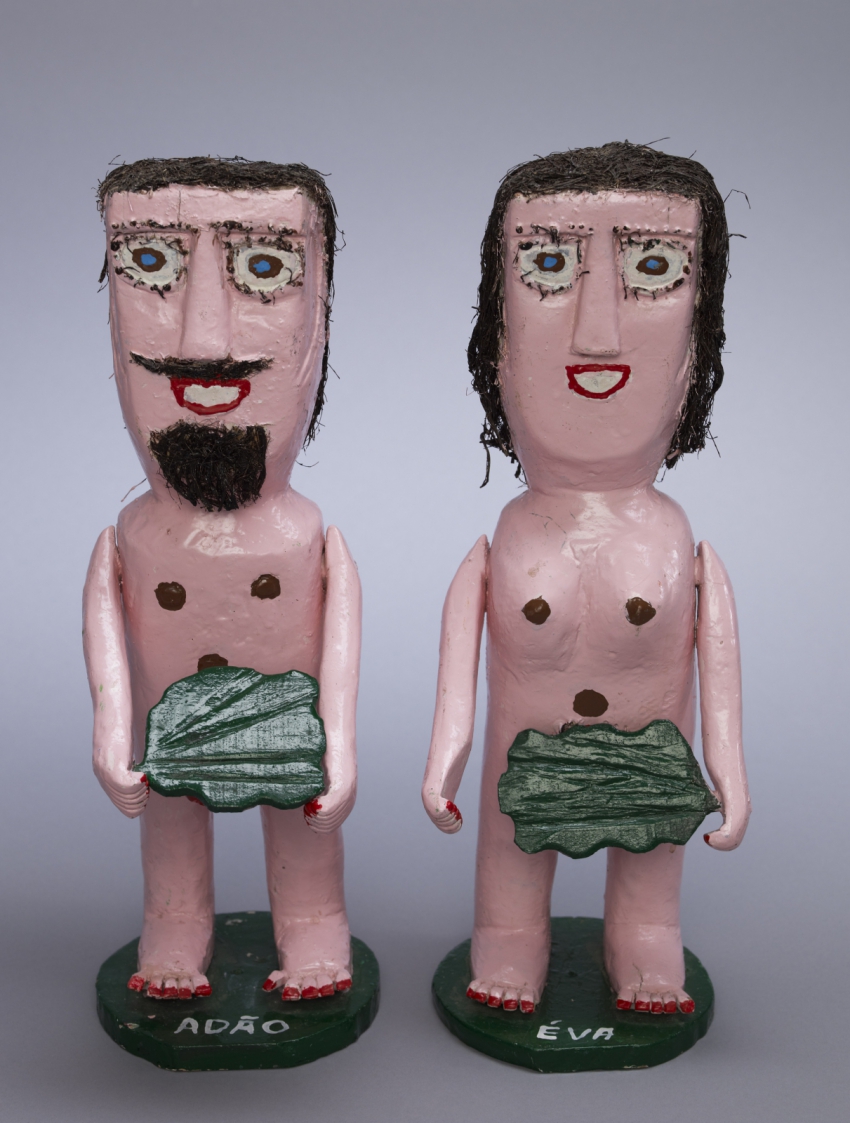 Heaven is first, with altars, religious objects and a wall-size, projected black and white photograph that appears to be of 16th century cathedral architecture, but it is instead the arch at the end of Lisbon’s Augusta Street, built after the earthquake of 1755.

Porto explained the arch serves as the culmination of main street, opening from the city to a public square.  Cars cannot go beyond it.  People must go on foot.  The suggestion here is that the visitor also move to a peripatetic place.

As a Catholic country, Portuguese daily parlance includes many references to Catholicism with angels and saints and it is quickly clear these saints aren’t out of human reach.  For instance, in a painting of St. Anthony, the saint’s cheeks are rosy red above a smile.  Shelton explained that is it possible, that like others in the room -- ceramic, wood carved and/or painted — St. Anthony had a few too many drinks after dancing.

Only one of the 43 artists in the show has been exhibited as “an artist,” Rosa Ramalho. Two of her ceramic pieces reside in Heaven. The government (which was fascist until 1975) classified nearly all the artists as artisans. Porto said this served as a way to control images of Portugal deemed “acceptable” (such as the roosters who are found in the somewhere in-between section of the exhibition) and to sideline others. But as with “outsider art” this only created a rich environment for subverted expression. 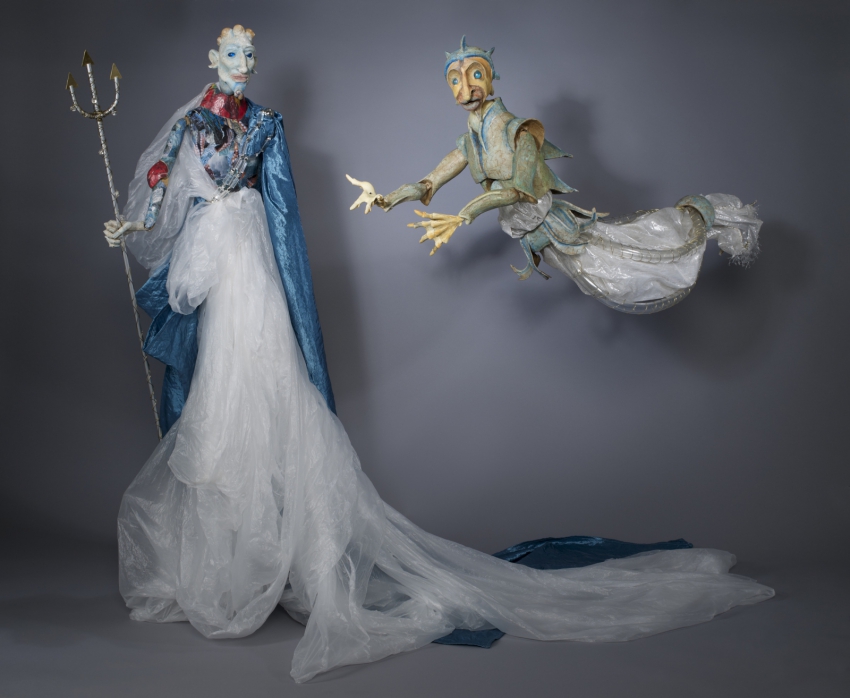