Lots of Pizzazz in "Flashdance" at the Queen Elizabeth Theatre 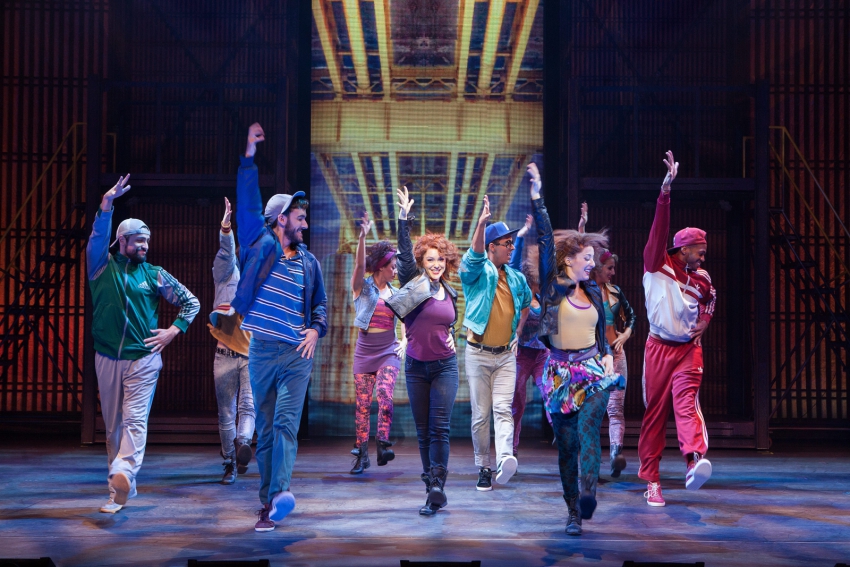 "Flashdance - The Musical" Pizzazz and more at the QE Theatre

Flashy, it is!  “Flashdance – The Musical”, which opened at the Queen Elizabeth Theatre on November 11th,  transports the audience with light shows, pizzazz, dance and singing.  Based on the 1983 film “Flashdance” starring Jennifer Beals, as a dancer/welder who aspires to study at a ballet academy, this musical version is a remake of the original story.

Authors Robert Cary and Tom Hedley, who co-wrote the screenplay, set the musical in Pittsburgh, as in the film, but much else was changed.  The dare to dream story is more of a working versus privileged class story. The choreographer and director, Toronto’s Broadway star, Sergio Truijillo, has plastered the show with a variety of dance types from pole dancing to ballet, street dancing to modern.

Though much of the music has been reversioned, there are many familiar jingles.  And spontaneous clapping and humming catches the audience at times.  Adam J. Rennie, who plays Nick Hurley, the privileged male lead has a captivating range to his voice.  And when he and Karli Dinardo, the Alex Owens character, sing together in “Here and Now,” they hit their stride and for a moment the music is transporting.

And I, for one, wanted to be transported, away from the clutter of staging and costume.  The sets, designed by Klara Zieglerova, are multi-layered with industrial and city-themed projections.  They are interesting but busy and large, often crowding the dancers.  The costumes are either garishly off 1980s fashion or unaccountably ill-suited for the wearer’s body.

The most perplexing part of the evening was the depiction of the working class.  They are portrayed as classless.  Even Alex, a consumer of Vogue magazine, lacks a visible sense of fashion.

The next remake might want to consider stripping things down a bit.  Getting rid of the garish, over-the-top production and costumes and letting the actors do the shining.  A little less Cirque de Soleil and a bit more West Side Story and Chorus Line.

“Flashdance- The Musical,” presented by Broadway Across Canada, plays until November 16th.