“(That) doesn't just happen. It takes a lot of different voices working on different levels to build up an ecosystem where it works. . . It's not a matter of making one simple demand to politicians, and having it granted. All the layers of government need to recognize it's a priority and work together with the culture industries to forefront it. Culture shouldn't be in a little box off to one side that we decide to open this year or not to open – it relates to everything we do.”

Armstrong was inspired by a meta-art phenomenon that has taken hold in Montreal and Toronto: Nuit Blanche. The annual event effectively turns each city's downtown into an open-air, all-night gallery, replete with interactive sculptures, light and sound displays, and incisive performances.

Several years ago, in Toronto, two artists blocked all traffic on Bay Street – the country's financial centre – and installed decrepit, reclaimed fairground structures to symbolize the excess, thrill and decay of capitalism. I recall sliding down a bumpy slide representing fiscal downturns, surrounded by thousands of people taking a rare opportunity to witness, open-mouthed, as art transformed their entire city.

So Armstrong, working with New Forms Festival Director Malcolm Levy, began to work with other creative Vancouverites to pitch the idea for
the West Coast. After all, the reasoning went, we come third in population after the other two Nuit Blanche prototypes. One of the people Armstrong approached was the owner of Cause+Affect Design Ltd., Steven Cox.

“That was a case of something we thought was a slam dunk,” recalls Cox, who also hosts the popular Pecha Kucha idea-sharing gatherings. “We'll put all these professional people together in a room, think up how to do this thing, and go talk to city and corporations about getting involved.

“The majority of corporations said to us, 'Arts and culture isn't where we put our money.' Vancouver is notorious for a wait-and-see attitude. It's very hard to convince anybody in this city to get involved in something before it happens.”

But art is just too important to take for granted, Cox asserts, searching for words when asked why creativity is necessary for a city.

"That's one of those questions that should be obvious," he says, stumbling as he ponders. "The answer should flow off your tongue!

"Art is like the freedom of a city. It's in many ways the heart, the emotion, it's the sharing, the relationships – it's all that stuff that business doesn't contain. It's funny we're even asking the question, 'Is are necessary?' What would happen if it went away?"

And while Nuit Blanche died on the vine sometime last year, thousands pack into the hockey rink and baseball stadium – not to mention turn out for the summer fireworks displays.

“Why is biggest outdoor event we have in city fireworks?” Cox laments. “Give me a break.

“We can't convince you guys to give us money to have biggest outdoor cultural event in city, but we can shoot lights into the air and they'll blow up?” 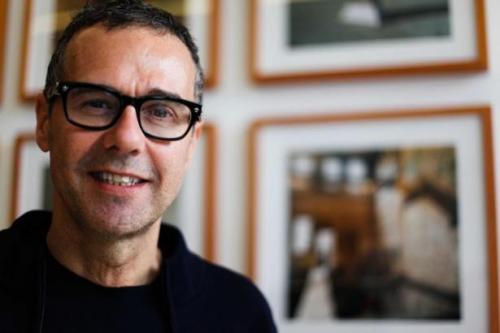 It's precisely the corporate support for the arts – so effusive in cities like Toronto and New York – that some see as what's needed to preserve Vancouver's arts community.

Leaning over the table at the back of his son's cafe, Bob Rennie – owner of Rennie Marketing Systems, as well as curator of the Rennie Collection at Wing Sang (51 East Pender St) – thinks artists should stop complaining about the troubled arts scene in Vancouver and instead get to work, making it work.