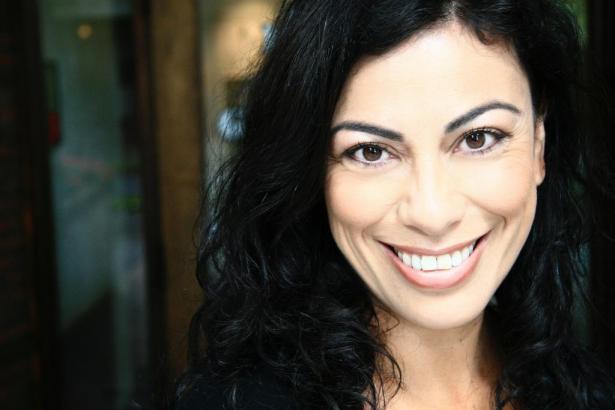 Acclaimed Vancouver playwright and former Chilean revolutionary Carmen Aguirre was awarded the prestigious CBC Canada Reads prize today – only a week after she was called a “terrorist" on national television.

Aguirre's first book, “Something Fierce: Memoirs of a Revolutionary Daughter,” was chosen from a shortlist of five Canadian nonfiction books in one of Canada's most prominent literary awards.

“The power of the story lies in the fact that it happened. It's my interpretation – memoir is a completely subjective telling of events, it's not a research paper.”

The contest become the subject of controversy this week – with some critics accusing the CBC of an increasingly sensationalist tone – after one of the Canada Reads judges attacked Aguirre for her true-life tale of being a revolutionary in Chile under the notorious dictatorship of August Pinochet.

"Carmen Aguirre is a bloody terrorist," said Anne-France Goldwater, a lawyer who sat on the CBC's Canada Reads judges panel. "How we let her into Canada, I don't understand."

“She wasn't talking about me – the mother of the five-year-old son, the actor, the friend, the sister, the daughter, so no.

“Many of the people I admire in history ... have been called terrorists. If I'm in the same league as (Nelson) Mandela, that is a very big compliment.”

Aguirre's memoir, her first book, recounts her story of joining Chile's anti-government movement as a teenager, where she found passionate love, moments of acute danger – she still cannot speak to her former comrades to this day, she told VO – but also a universal coming-of-age tale.

“The important part of the memoir was not to present myself as a martyr or a hero, but to re-capture each person as a deeply flawed human being just like everyone else,” Aguirre told VO in east Vancouver's Havana restaurant. "The best way to capture that was viscerally, not just on a cerebral level.

“It's not to say I found it easy to write a book. The most challenging part of the content was the safety issue – was it safe to write?”

In the end, was it safe to record stories from her revolutionary life?

Chile's brutal dictatorship began on September 11, 1973 when the elected government of Salvador Allende – widely popular for his plan for land reform and economic equality – was overthrown by a military coup sponsored by the United States.

Tens of thousands of dissidents “disappeared”, most tortured and killed by the regime, and a guerrilla movement began a war to fight the regime. Aguirre, a teenager at the time, joined the resistance and even trained as a pilot to smuggle documents and materials into Chile over the treacherous Andes mountains.

"In Latin America, the vast majority of people do not know where there next meal is going to come from,” Aguirre reflected. “I would never regret what I did.

“At the time it was one of the most repressive dictatorships in the world.”

Today, the decades-experienced writer told VO that she is inspired by the progressive change sweeping through Latin America, with leftist governments elected in many countries.

“I'm very supportive of the Bolivarian revolution,” she said. “It's been coming for 500 years.

“I try to keep up on current events in Latin America and am exciting by what I read. That history is never over. We are subjects, not objects – we make history.”

Like her memoir, Aguirre's latest play, Blue Box, examines her experiences in the Chilean resistance. It will be performed at the Cultch May 1-12.

Nominees for the Canada Reads prize include:

The Game by Ken Dryden, On a Cold Road by Dave Bidini, Prisoner of Tehran by Marina Nemat and The Tiger by John Vaillant.