What struck me the most was not the art itself but the conversations I overheard as people perused the collections. It was the interactions made, the relations formed and the sometimes disagreeing points of views that stimulated great conversation. Art is inspiring to us in many different ways and the diverse crowd of people in the gallery fused with the special events of the evening offered great people watching and an admiration for the power of art as a "human connector", from past to present, young to old, cynic to optimist or enthusiast to amateur. 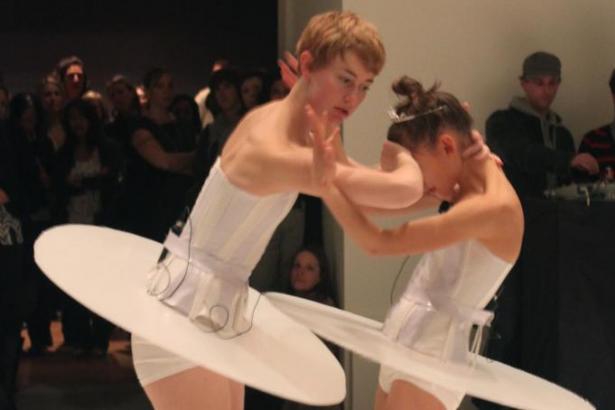 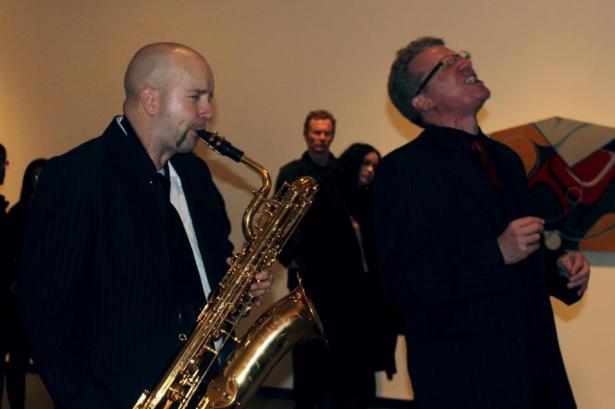 A titillation of the senses; it’s a simple phrase that sums up FUSE at the Vancouver Art Gallery with this month's FUSE being no exception. The tri-annual event is a crowd-pleaser but a bit of a teaser as it puts a flavor in your mouth, leaving you wanting more. Returning visitors are eager for a night that promises to be full of interactive art, eclectic entertainment and collections from prominent local and international artists. Meanwhile the newcomers are unsure of what to anticipate but are keen on the surprise that awaits them. On November 4th I was a second time attendee of FUSE, and below is a re-cap of my night...

At 7:30 pm the line had already began to form for the FUSE event that ran from 8pm to 1am that Friday. Once inside the gallery, I noticed that the immediate draw was the penny smash, conveniently located just inside the entrance. Visitors paid $2 (plus the penny) to have their penny “smashed” in to a symbolic coin with a popular choice being the symbolic East Van Love coin. A constant line for this attraction represented to me an emotional investment to each individual's stomping grounds throughout Greater Vancouver who were visiting the gallery that night. Not being from here originally, but having a newfound love for the city, it warmed my heart a little and made me proud to call Vancouver my home too.

After the fascination of watching people delight over their penny souvenir I wandered the floors of the Gallery appreciating the art of fellow Victoria-born, the distinguished, Emily Carr, and her portrayal of indigenous life and first nations culture. From sculptures, hanging art and paintings in the Audain collection, to 13mm films and regional-based photo art in The Distance Between You & Me, I was amazed at the talent represented in the Art Gallery.

But what struck me the most was not the art itself but the conversations I overheard as people perused the collections. It was the interactions made, the relations formed and the sometimes disagreeing points of views that stimulated great conversation. Art is inspiring to us in many different ways and the diverse crowd of people in the gallery fused with the special events of the evening offered great people watching and an admiration for the power of art as a "human connector", from past to present, young to old, cynic to optimist or enthusiast to amateur.

FUSE is unique because it transforms an already spectacular Art Gallery to an interactive display of art; you never know what to expect. While gazing at a piece out of the corner of my eye I noticed a young girl in white netting. She struggled to break free from the cluster of cloth, eventually shedding the mass of netting and abandoning it in the middle of the room. Dazed and confused looking, she weaved between the crowd as though she were searching for something. My eyes glued to her, totally enraptured in her "story" I followed her to the main floor where she met another young dancer. A struggle between the two broke out, ending abruptly with a bag of mixed emotions opened and a somewhat unfinished story that influenced a different interpretation from everyone. 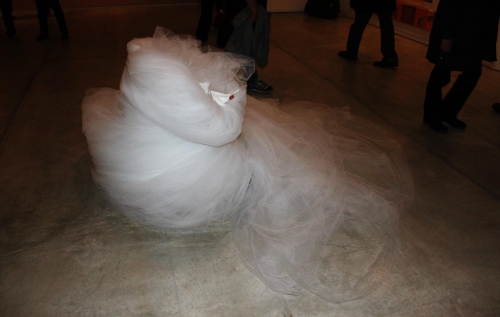 This act by the Vancouver contemporary ballet company, Plastic Orchid Factory, was contrary to the other performance that night by The Faculty, the recent 2011 World of Dance Vancouver champions. This dynamic, funky and talented group of dancers drew a large crowd and it was hard to find a spot to see the show. The music was upbeat with remixes varying from Michael Jackson to Rhianna. It was truly a performance warrant of a second viewing and it's no wonder they were deemed Champions.

Consumed for most of the night by the art and entertainment I unfortunately never made it to the ever popular Bob’s Lounge, but I did make it to the FUSE Lounge to mix and mingle with the crowd; a glass of wine in my hand and my hips swaying to the beats. Event after event this continues to draw me in as I love the vibe and the energy that people bring to it.

Alas, I could not end my night there and I quickly made my way up to the 4th floor to Radix Theatre Letters to dictate a letter to the typist behind the curtain. With 5 choices I found myself caught between a letter of revenge and a letter to the one I cannot have. Not feeling vengeful enough I went for the love letter. I found myself at a loss of words at first (which is rare for me) but with a little coaxing from the voice behind the curtain the words were soon flowing. 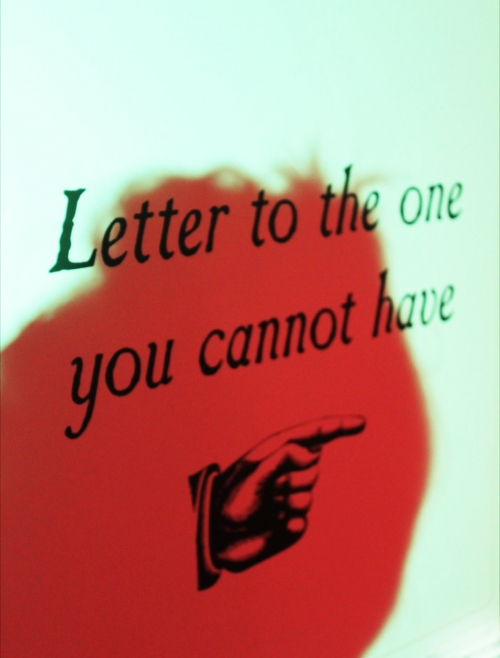 Ten minutes later I emerged from the darkness with a posted letter in my hand, an open heart and a sense of satisfaction from getting that off my chest. I stood for a moment contemplating whether I would send it or even show it to anyone but this thought was abruptly ended as I was politely asked to leave the exhibition due to closing time. Closing time? Already? But I wasn’t done! I had been stimulated all night by 13mm films, a walking band to complement the amazing art collection, and endless entertainment in the Fontaine....but it only makes me hungry for more! Always a memorable experience there's no doubt I'll be back to the next FUSE in the New Year.

A Brief Note on the Collection:

Michael Audain's wide range of interests and his passion for the province and its history are prominently reflected in the exhibition on display at the Art Gallery. From contemporary first nations work and historical west coast indigenous art, to regional photo based art and Mexican modernism, this collection encompasses all that is the title, "Shore Forest and Beyond". Kathleen Bartels, director of the Vancouver Art Gallery feels honored to present the first public exhibition of the Audain's collection, commenting that, "...the Audains have been important benefactor to the cultural life of the country and are unique in the sheer depth and breadth of their philanthropy.”

For more info on FUSE at the Vancouver Art Gallery click here.