Vancouver, aka. "Hollywood North", is home to dozens of visual effects, animation and gaming studios, as well as world class education faculties. It recently became home to a branch of the renowned animation house -- Pixar. Now,  the 38th international SIGGRAPH (Special Interest Group on GRAPHics and Interactive Techniques) conference is taking place here, too. 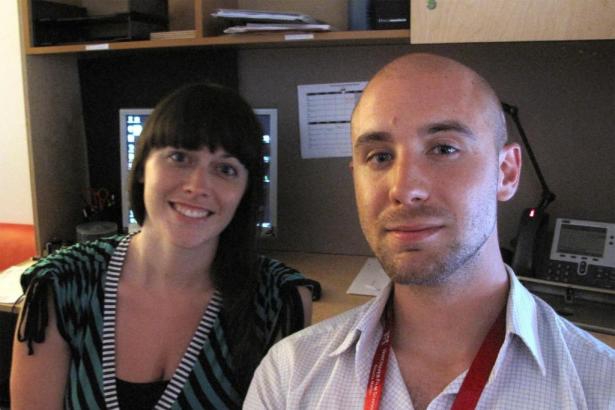 The SIGGRAPH trade show in Vancouver is considered by many to be an essential pilgrimage for anyone with even a passing interest in 3D technology and animation.

It offers a glimpse into the minds that are behind the creative process in movies like Tangled, Toy Story and Rango, and offers a dizzying array of the new technologies available to digital artists. What's more, the job fair gives  production studios, prospective employers and artists a venue for a networking frenzy.

Brad Kotris and Caroline Jarvis, 3D and 2D teaching assistants at the Vancouver Film School, can't wait for it to start. "It's going to be so cool," Jarvis said.

In addition to big names such as Pixar, Dreamworks and Sony Imageworks, SIGGRAPH brings in 154 exhibitors from around the world, an art gallery of breathtaking digital art, and the Computer Animation Festival that showcases some of  the most creative works in digital film today from professionals and students.

"It's the art behind  the technical work that really inspires," Kotris said.

From Pixar to Blur Studios, Vancouver a hotspot for 3D animation

Another aspect of SIGGRAPH that the pair look forward to is the jobs fair. Vancouver is a hotspot for 3D animation, with dozens of local studios producing work for everything from feature films to commercials to children's cartoons.

"Blur Studios would be number one on my list of studios to get into," said Brad Kotris, "The quality of their work is really amazing and I find it to be top tier in all regards and to work there as a modeller would be my dream job."

Jarvis, meanwhile, has her sights set on Pixar.  "I'm an old school 2D classical animator at heart, and I love the way that Pixar focuses on storytelling, caricature, and they way they have characters with such dynamic and lovable personalities."

"I grew up with all the old Disney, Warner Brothers and Hanna Barbera cartoons and Pixar has managed to capture that 2D spirit in a 3D environment," she said. 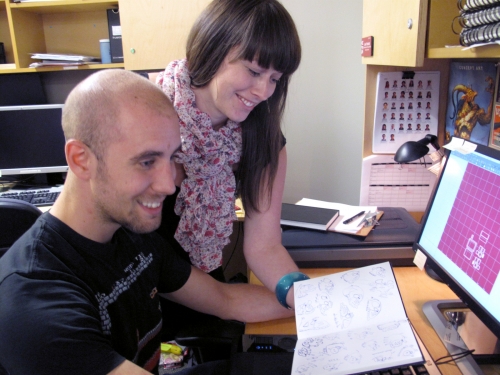 Being a technology fair, exhibitors at SIGGRAPH will feature the latest improvements in various 3D software packages.

Kotris is a modeller, meaning that he creates 3D objects on a computer as a sculptor would out of clay. And just as a sculptor uses handheld tools, a 3D modeller uses electronic tools to mold data into a person,  animal, or whatever form lurks in his or her imagination.

Kotris is keen to see what new features and technical improvements will be shown for his favourite 3D package -- Softimage.

"I'd love to have a new set of tools --  an easier way to create line, shape and form without worrying too much about the technical side of things," Kortris said.

"I'm also interested in what all the other modelling and 3D packages have to offer as well.  ZBrush, Maya and Modo all have fairly solid modelling utilities and it would be interesting what new tools they have to offer."

Jarvis, meanwhile, confessed that she was not a "tech geek" but was still looking forward to new innovations in animation technology.

"I'm an animator, so as long as I can create characters with lovable personalities for my stories, I'm happy," she said. "But on the technical side, I'd love to have the beautiful sets of paintbrushes in Photoshop and Sketchbook Pro and use them in some sort of animation software like Flash."

SIGGRAPH 2011 runs from August 7th to 11th at the Vancouver Convention Center.  More information available on the website.  The Vancouver Observer will be publishing a series of articles to highlight software companies, educational facilities and production houses that will be presenting innovative technologies in the 3D graphic and animation field.