Ages of the Moon: a funny, poignant, bourbon-soaked meditation about aging and loss 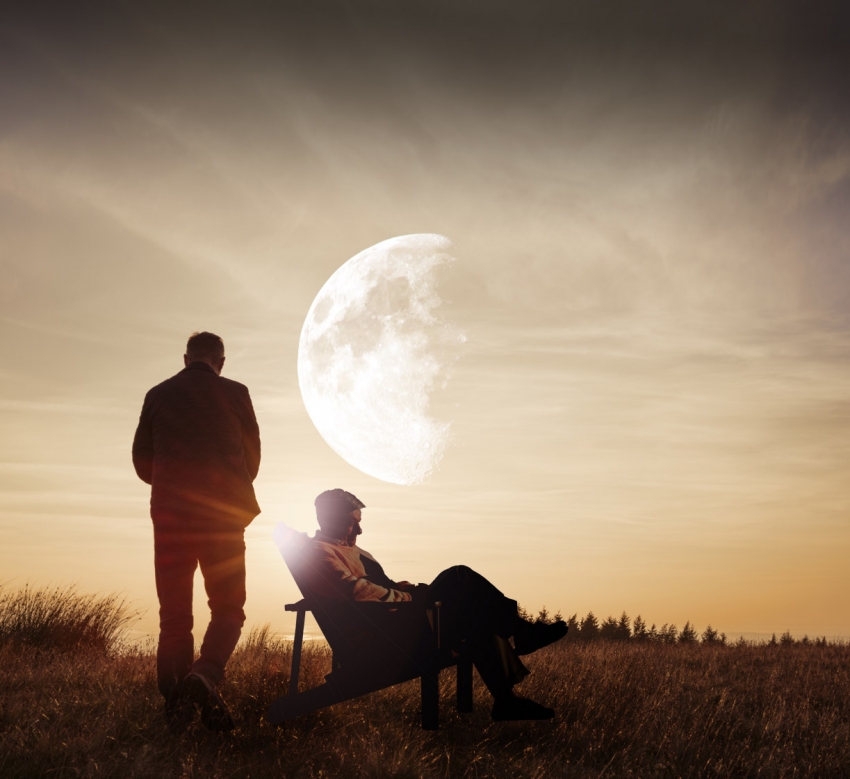 Sam Shepard's contemplative play, "Ages of the Moon," tells the story of Byron and Ames, two old friends who reunite on the eve of a lunar eclipse. Ames has been kicked out of his house after cheating on his wife with a young woman, and makes a desperate 3 a.m. long-distance phone call to his old friend Byron, asking him to come by to share a drink and some conversation out in a cabin in the middle of nowhere.

But it's not exactly the heartfelt reunion you might imagine. Byron's down-to-earth humour and pragmatism gets on Ames' nerves, and it's not long before the two men are repeatedly on the verge of fistcuffs...if their bodies could handle it.

Over bourbon, the two men look back at their lives, wondering about the mistakes they made.

Three-time Jessie Richardson Theatre Award winning director John Cooper directs this play starring renowned actors Alec Willows (as Byron) and Jon Bryden (as Ames). Both Willows and Bryden are superb in their roles—their dialogue about women and the moon had audiences howling with laughter. By contrast to the light-hearted humour in the first half, more than a few quiet sobs could be heard in the theatre during the play's devastating final moments.

He shared that the play is a universal story about how people try to rationalize the way their lives have unfolded, as they feel death's presence at the door.

"It is a story of having grown old without meaning and purpose, of inevitable change, and resulting existential fear," Cooper told Vancouver Observer.

"It is a story of our stubborn resistance to the truth and the narratives we create to protect ourselves from the painful truth of our choices, and indeed our lives. We appear foolish and comic as we careen towards the inevitable collapse and surrender."

AGES OF THE MOON

For more information or to purchase tickets the website.