Emily Carr President Ron Burnett on his knighthood, parents, and the ideal school 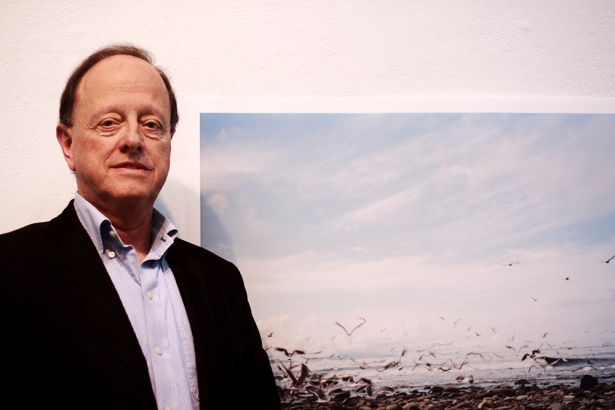 Behind the steady stream of progress at Emily Carr University of Art + Design is its President and Vice-Chancellor, Dr. Ron Burnett, who has been leading the university for the last 16 years. Born in England to parents who escaped The Holocaust, Burnett has led an illustrious academic career spanning over forty years. As one of the founders of film studies as a discipline in Canada, Burnett was named Educator of the Year in 2005 by the Canadian New Media Association and recently knighted by the French government for his contributions to the arts.

Soft-spoken but bold and forward thinking, Burnett has kept the school on the cutting edge of technology, design and art. The Vancouver Observer sat down with the president for a talk about his life and influences, as well as what lies ahead in the realm of education and media.

Here are key excerpts from our conversation:

VO: You recently won a big award in France. They made you a knight?

Dr. Ron Burnett: Yes, well they call it a ‘Chevalier de l’ordre de des arts et des lettres’ which means a ‘knight of the order of the arts and the letters.’ France is the only country in the world that celebrates artistic and creative work with that kind of honour, which is really quite unusual. But they spent about four years doing a forensic on my life and career.


VO: When you were growing up, what were the values of your family?

When you are an immigrant, you have a different perspective on daily life and its challenges, so I think hard work and honesty are crucial values to me. It may sound somewhat clichéd, but this is very important, and that is to have a deep sense of history. History was very important to my family both from a personal perspective and with respect to what happened in World War Two.

I grew up in a household full of books and newspapers. I started reading when I was very young, and it was a very European environment, much less Canadian than European.

VO: As a child, ever did you have a moment of awakening?

RB: I was always involved in writing and the cinema. I had a little movie camera and I shot constantly. We lived outside Montreal initially, in a very immigrant-based neighbourhood – new houses, but cheap. And I think a lot of my pictures, if my memory serves me right, were of friends and landscapes and houses and streets.

I think that there was a certain point when I realized something important about sight and seeing. I commented on this in one of my books that I published, which was about the act of seeing as a highly self-reflexive act... Seeing is very much a deeply self-aware act. You’re constantly scanning your own sight – constantly looking at what you see.