East Van’s vintage-chic hangout at 1489 Hastings had established itself as the hippest place in town, when  Alexis Stoymenoff wrote this story last year. Co-owner Ernesto Gomez and brand manager Daniel Fazio shared their reflections after a year in business. They said the Waldorf wasn't only hot on weekends, but has top acts and events all week long.  A great place to stop in for a drink on a weekday night, or to have a wedding.  Yesterday, the city learned the Waldorf had been bought by developers. 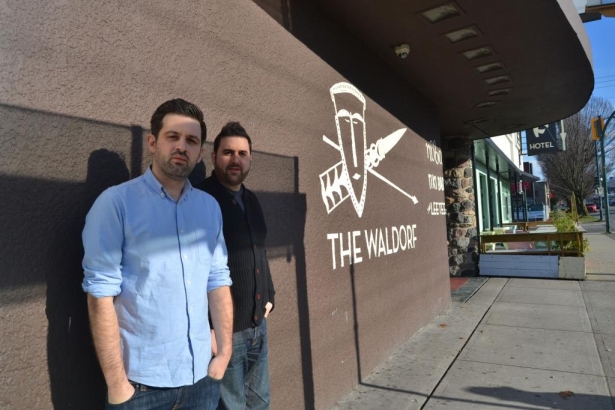 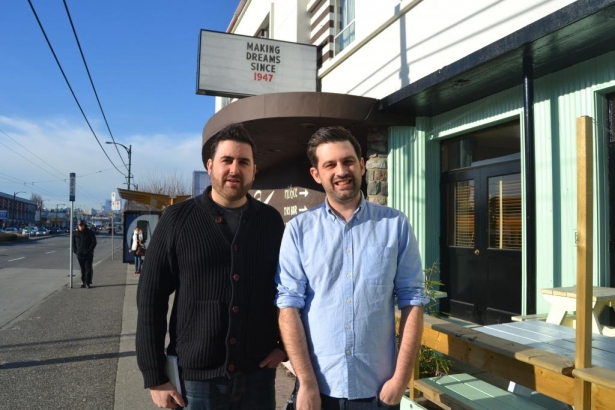 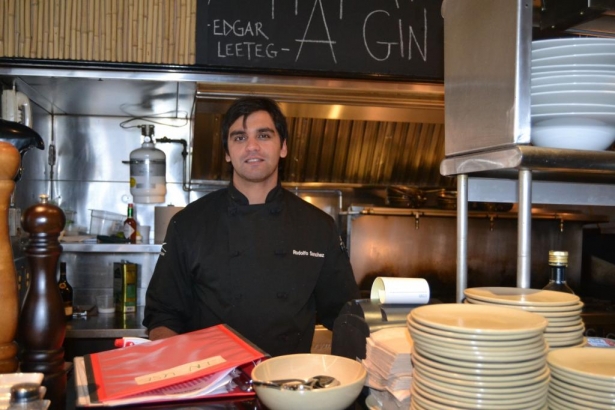 Anyone who’s been to the Waldorf in the past year will know that to describe it simply as a hotel would be a huge understatement. With a revolving cast of spectacular musical guests and live-in artists, the 63-year-old East Vancouver business is the hippest place in town, the place to be for parties and special occasions. It even has an in-house recording studio in the works.

Since its grand re-opening in October 2010, the unique space on East Hastings Street has become a breeding ground for creative types from across the city and beyond. There’s always something happening—from weekly events like the Monday night Ice Cream Socials and space-age themed Wednesdays in the Tiki bar, to concerts, art shows and private theme parties that run throughout the month.

“When we started, we just wanted to create a space where we'd have this high level of entertainment with hospitality, and artists would be treated with dignity,” said Waldorf co-owner Ernesto Gomez.

Gomez, a Vancouver restaurateur known for his popular Lebanese eatery, Nuba, teamed up with musician Thomas Anselmi to make that dream a reality. The two men were brought together by architect and designer Scott Cohen, who had previously worked on the design for Gomez’s Nuba restaurants.

“I wanted to do a music related project, and he introduced me to Tom who wanted to design a performance space,” said Gomez.

In addition to the authentic Tiki Bar, where DJs spin vinyl on a vintage analog sound system, the basement’s multi-room cabaret is ideal for musical and theatrical acts. With Anselmi’s music background and a broad creative network through others like brand manager Daniel Fazio, the owners boast a consistently impressive lineup of musical guests. Even Gomez gets in on the action, playing sets at the venue’s monthly Latin-infused “Tropidelica” nights.

While visitors and media often marvel at the Waldorf’s spectacular parties and vintage charm, perhaps the most interesting thing about the place is that it’s not just a venue for creative events—it’s where the talent lives. Literally.

Out of the hotel’s 25 rooms, 10 were renovated and now rent out as regular hotel rooms while the rest serve a variety of other purposes, like housing. Fazio, the Waldorf’s charismatic brand manager, actually lives in a room upstairs, as do a number of other extended residents, artists and musicians. Room rates range from $500 to $1000 per month, and Gomez says they’re currently working on a communal kitchen for tenants.

For artists, the hotel rooms provide not only a place to sleep, but also a place to produce and display their work, at in-room shows like the year-round “Black and Yellow” gallery put on in cooperation with The Cheaper Show. It brings a whole new meaning to the term “artist-in-residence”.

“This place started to attract people who were interested in exploring their creative side,” Gomez explained.

The Waldorf provides plenty of opportunity for creation, with in-house studios and even a screen-printing shop (where all their t-shirts and posters are printed by hand). And in addition to the live-in artists, they’ve also started a “chef-in-residence” program at the restaurant to bring in culinary pros from all over the world.

“Every three months we have a new chef from a different part of the world. Our first chef was from Spain, and we had him for six months. We try to focus on cuisine styles that are underrepresented in the city,” said Gomez, introducing the current chef-in-residence, Argentina’s Rodolfo Sanchez.

For Gomez, part of the joy of the Waldorf is surrounding himself with other creative and talented people—and there’s definitely no shortage of those in the neighbourhood.

Straddling the border between Strathcona and Hastings Sunrise, the area is often perceived as an industrial dead zone. But in a way, its distance from residential areas makes it an ideal spot for a cultural and artistic hub. The managers listed off a number of artists who work in the surrounding area, including artists Brian Jungen and Attila Richard Lukacs. 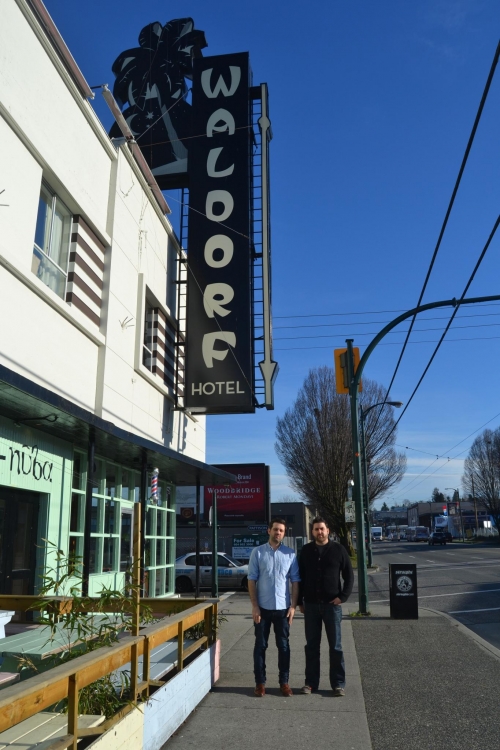 According to Fazio and Gomez, 2011 was one hell of a year for the Waldorf Hotel. And it appears 2012 will be just as big, if not bigger. So what’s next?

“Music is going to be a huge part of this year for us. We're in our first year, and we're about to finish our recording centre downstairs,” said Gomez.

The idea is to create an in-house recording studio where artists can come to create, perform, record and stream their music. Fazio says the studio could lead to exciting new projects that bring artists from around the world to showcase their creative work.

In addition to the music-based projects, Gomez says the team is gearing up for more big events and festivals like last year’s 4-day Halloween free-for-all—which drew over 4,000 people and extended out to the building’s parking lot. This year, the crew is brainstorming for a big summer festival, and at the same time branching out to different private events like weddings.

“Every event we create has different rhythm,” Gomez explained.

“We use the spaces very creatively, our food and beverage team has to adopt to that.  Managing those changes is challenging.  We've done some things that haven't worked out.  But in the end, it's this platform for food and hospitality that we've got.”

With a solid creative core and a steady stream of new and interesting events, it’s no wonder the Waldorf has become one of Vancouver’s prime cultural headquarters. Gomez and his colleagues have worked hard to get it off the ground, but the payoff is sweet and as he says, “the future’s looking bright”.

"No Joke" set to premiere in East Vancouver