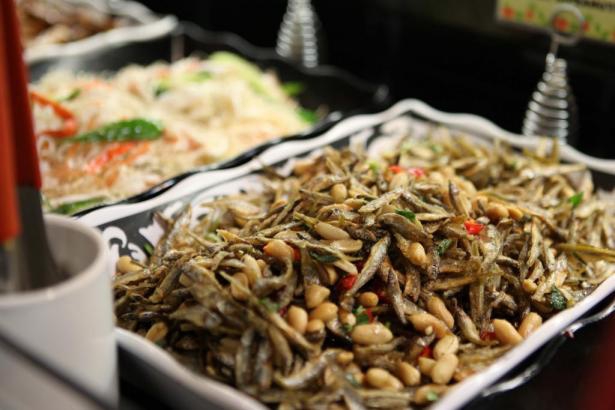 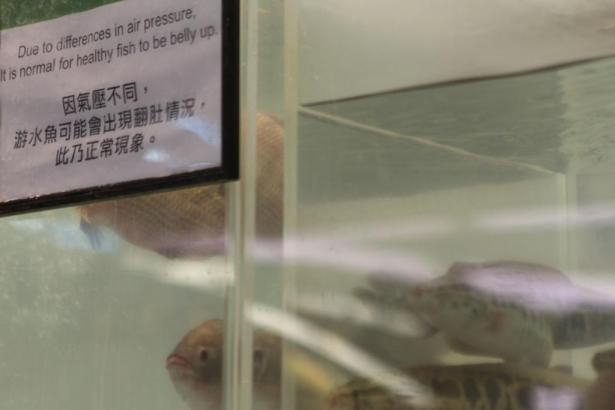 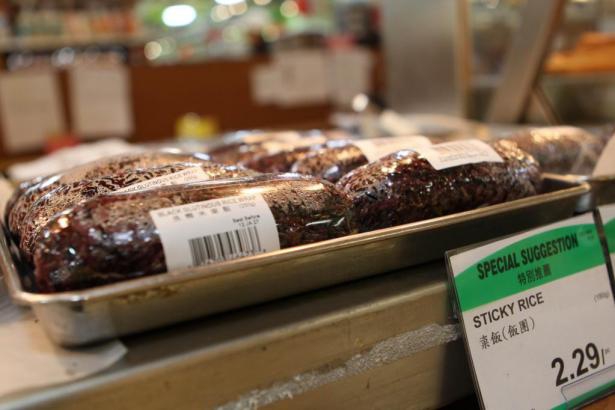 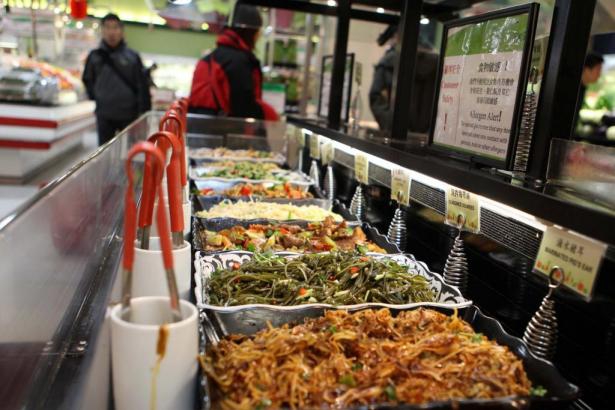 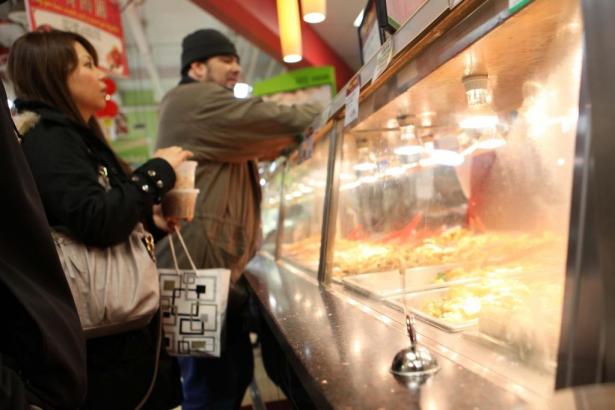 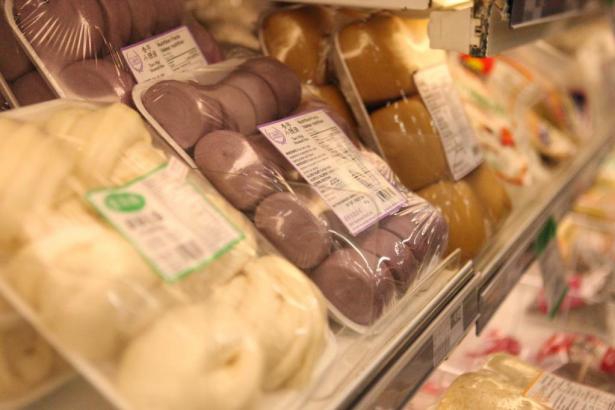 The Lunar New Year on Monday saw thousands of Vancouverites welcoming the Year of the Dragon – the tradition greeting, 'Gung Hay Fat Choy,' could be heard in nearly all quarters, pronounced with varying degrees of success.

But although festivities continue in the city, the frenzy of grocery shopping and preparations in Chinatown has died down considerably.

The ubiquity of Chinese New Year greetings, decorations and celebrations should come as no surprise – considering that Chinese-Canadians making up nearly half-a-million of Vancouver's 2.5 million population and an important contributor to this city's business community.

Nestled in a circular cul-de-sac just beneath Stadium-Chinatown Skytrain Station, the usually bustling T&T Supermaket has settled down for the last couple days, staff told the Vancouver Observer.

Although even at low traffic, the massive store still saw customers bumping into each other politely and perusing towering mountains of purple eggplant, shrink-wrapped coconuts and a delightful assortment of vibrantly coloured baked goods.

I explored the nooks and crannies of T&T – imagining what thoughts (or not) must be pondered by the flatfish, crabs and other sea creatures swimming in clear tanks in the impressive and sprawling seafood section. What do they think of us as we look in at them? And, do they feel jealous of their Vancouver Aquarium brethren for whom admission is paid, and of whom meals are not served?

Next stop is the cafeteria, where wooden steamtrays are beautifully stacked full of dozens of flavours of dumplings, potstickers, and steamed buns (my favourite: pork or chicken barbeque steam bun). Of course, I will eat anything wrapped in a leaf (Greek dolmades, Arabic waraq einab, and Mexican tamales jump to mind), so I treat myself to a lotus leaf stuffed with sticky rice and chicken.

Sticky is an understatement.

I sit in the rather sterile dining area, stashed in a far corner of the store, looking out on Keefer Place. Everyone else speaks Mandarin and Tagalog around me, so no eavesdropping today, but it does seem that everyone is eating the same beef dish from the buffet.

I approach a very kind sample server in the frozen food section, who says that her dumplings are only two minutes from being ready in the small steamer. She explains that the store has quieted down considerably from the New Year's rush only a few days ago.

“People are now cleaning out their fridges before they buy any more food,” she jokes.

So what was the most popular food this New Year?

“It depends what part of China people come from,” she said, asking that she not be named. “In the north, people really love dumplings. In the south, it's sticky rice.”

The dumplings are hot and delicious. She prefers the sticky rice, she adds with a smile.

“It was so busy in here last weekend,” she says. “Now it's much, much quieter.”

Everyone needs a rest, right? “Yes, exactly,” she laughs.

Probably the most impressive part of the store is the vegetable section. How the staff manage to stack the mountains of vegetables and fruit so perfectly – and so high – remains a mystery. I observed a few at work with their magic piling touch. Just watching hundreds of misshapen eggplants rising from their stand reminds me of a real-life game of Tetris – except all the pieces are purple.

I now know probably the best place in Vancouver to buy fresh coconuts. Should I be so inclined. There are thousands here. Well, lots anyway.

The bakery section is extensive as well, featuring mostly buns and sponge cakes. Personally, I'm more a fan of some of the very small bakeries scattered throughout Chinatown, each with its own unique personality and sometimes free tea (hint: Pender Street).

Sadly, I for some reason am dead-set on one particular purple eggplant several levels down, and the monochromatic Tetris suddenly becomes bumbling Jenga. The 'block' I pull from the middle destabilizes the entire three layers, and eggplants rain down like... like Vancouver rains down.

I quickly gather the poor eggplants in my arms and attempt the magic hands required for proper stacking. Failing to capture the precision and detail of the vegetable-mountain artistry, I head for the teller at the end of the aisle, who is wearing a fine silk brocade shirt and is chatting to a colleague in the kitchen.

Clutching my one eggplant in hand, along with tofu (I swear the cheapest I've seen anywhere), and the rest of my dinner ingredients, I wish the teller a happy new year – not attempting to mispronounce 'Gung Hay Fat Choy' myself.

It translates, essentially, “May prosperity be with you.”

I can't say the New Year so far has brought me prosperity. But today, I leave one eggplant richer.