Everything live is dead in Vancouver 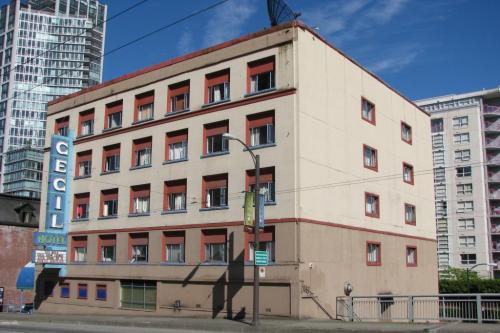 For years, Vancouver musicians and performers have bemoaned the lack of live venues in our city. But one group has quietly watched its venues decimated to near-extinction: the exotic dance community.

The North Burnaby Inn, Marble Arch, and Fraser Arms are just a few clubs closed over the last decade. The Uranus Show Lounge on Broadway at Kingsway was turned into a Starbucks in 2008, and Mugs and Jugs moved from New Westminster to Surrey, only to shut its doors earlier this year.

The Drake Show Lounge on Powell Street was closed in 2007, with the site sold to the City of Vancouver for $3.2 million. (This June, NSDA Architects was given approval to re-develop the Drake into a 10-storey building, with commercial space and 146 social housing units.)

And this Saturday (July 31) is the official closing date for the Cecil Nightclub and Show Lounge at the north foot of the Granville Street bridge. Demolition will make way for The Rolston, a 23-storey condo development.  Mercifully, the adjacent Yale Hotel, a popular venue for live blues, will be spared the wrecking ball.