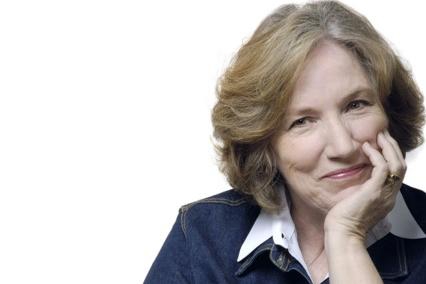 Much is riding on the The Missing Women Commission of Inquiry. Reputations. Money. Possibly even careers.

So says Stevie Cameron, Canada's foremost reporter on the Robert Pickton serial killer investigation and trial, as the inquiry resumes into why authorities did not catch the serial killer earlier – and why he was only convicted of six second-degree murders after admitting to 49.

And to watch it unfold, Cameron told the Vancouver Observer, is heart-breaking.

“It's a very painful thing to watch,” the author of On the Farm and The Pickton File said. “So much is at stake -- so much financially, when you think about it. Are they going to have to pay out more to the families? Are there going to be lawsuits?

“You have both police forces (RCMP and VPD) pointing fingers at each other -- blaming each other. It's a jurisdictional problem and they're all at each others throats to try to place blame.

“The Vancouver Police Department (VPD) are culpable, we all know that,” Cameron said, summarizing the inquiry's findings so far. “The police who should have investigated this and done something about this at the beginning refused to touch it.”

But Cameron insists that the VPD eventually took the investigation seriously.

“There was no one who wanted those women to die. The Vancouver Police Department were reprehensible, but eventually after the Vancouver Sun began publishing stories, they took it seriously.

“I spent nine years on this story.... People don't know some of the really important details of this. They need to know that police tried to get a search warrant on that property for two locations.”

One of the factors in police dropping an attempted murder case against Pickton in 1997 concerned a sex worker who had incredibly managed to  fight Pickton off, after being stabbed and mutilated by him at his Port Coquitlam pig farm.  She fought back, stabbed Pickton, and escaped, bleeding profusely to be rescued by an elderly couple whom she flagged down on the road.  But when the court day came, she was too terrified off Pickton hunting her down and murdering her to testify against him in court. She didn't show up. On top of that, she had been ignored in a previous attempt to report a dangerous offender, Cameron recalled. Without the key witness coming forward out of fear, prosecutors had little to go on.

“People forget that Robert Pickton was a wealthy man -- he could afford lawyers,” Cameron said. “(The woman who got away) was afraid of Pickton.

“She twice grabbed a police car, explaining that she thought she saw (Pickton). She was afraid – he spent $80,000 on lawyers to defend himself in that case. He had a private detective following her. She refused to testify, to go to court, and I don't blame her. Who'd blame her? She was up against a guy with all the money in the world. That's why that case fell apart, they had to drop the charges.”