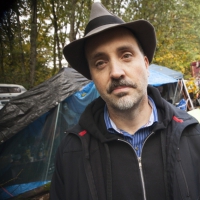 Stephen Collis is a literature professor at Simon Fraser University and a published poet. Stephen Collis's many books of poetry include The Commons(Talon Books 2008; second edition 2014), On the Material (Talon Books 2010-awarded the BC Book Prize for Poetry), and To the Barricades (Talon Books 2013). He has also written two books of criticism and a novel, The Red Album(BookThug 2013). His collection of essays on the Occupay movement, Dispatches from the Occupation (Talon Books 2012), is a philosophical meditation on activist tactics, social movements, and change. In September 2013 Coach House Books published DECOMP, a collaborative photo-essay and long poem written with former SFU student Jordan Scott. 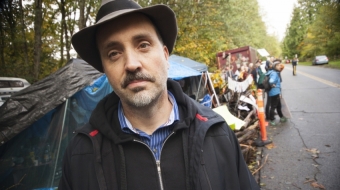 "I’ve written about the desire for change in a world that is already rapidly changing — in ways that alarm us, or at least should alarm us."
Stephen CollisJul 25th, 2016 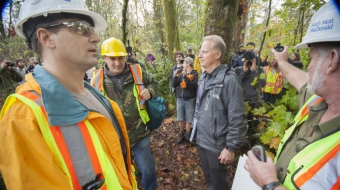 Kinder Morgan’s request for an injunction against protesters on Burnaby Mountain was adjourned until no later than November 17.
Stephen CollisNov 10th, 2014