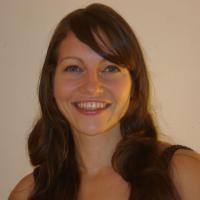 Rhiannon Chernencoff is a cyclist living in Vancouver, British Columbia. Rhiannon has been a dedicated volunteer member of the City of Vancouver Bicycle Advisory Committee (BAC) since May 2009, and was recently elected to vice-chair of the committee. She is a member of the Vancouver Area Cycling Coalition (VACC) and a director with the British Columbia Cycling Coalition (BCCC). Rhiannon has represented the BAC at the Burrard Bridge and Dunsmuir Street separated bike lane openings, Mountain Equipment Co-op Bike Fest 2010, UBC Plan Talk Cycle Tour, and at the public consultation for the City of Vancouver 2011 Budget.

Rhiannon volunteered with the Canadian Mental Health Association 2010 Community Bike Ride and volunteers with West End Cleanup picking up litter in the west end where she lives. Rhiannon has a keen interest in both regional and national politics and has volunteered with both provincial and federal political parties. Rhiannon is passionate about environmental and sustainable transportation issues and
has a Bachelor of Arts Associates Degree from the University College of the Cariboo (now Two Rivers University). 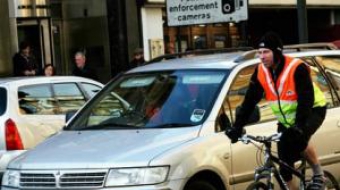 Let's guarantee safe transportation for all

Motorists need to realize they drive a machine that can kill. Cyclists must know that their irresponsible actions can be deadly, too.
Rhiannon ChernencoffJan 22nd, 2011