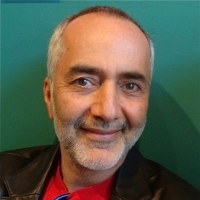 Raffi Cavoukian is known to millions simply as Raffi, a renowned Canadian singer once called “the most popular children’s singer in the western world” (Washington Post).

Raffi was a pioneer in music for children and families, bringing quality music to children with respect for their age and growing minds. Parents and educators embraced his music and his CDs, tapes, videos, and DVDs sold over 14 million copies in Canada and the U.S., and his books, more than three million copies. A generation saw him in concert and grew up singing "Down by the Bay" and Raffi’s signature song, "Baby Beluga." 'Beluga grads' often tell him they’re now raising their own kids with his songs.

Member of the Order of Canada and the Order of B.C., Raffi holds four honorary degrees and is the founder and chair of the Centre for Child Honouring. In a music career spanning four decades, Raffi has refused all commercial endorsement offers, and his triple-bottom-line company has never directly advertised or marketed to children. He is a passionate advocate for a child’s right to live free of commercial exploitation. 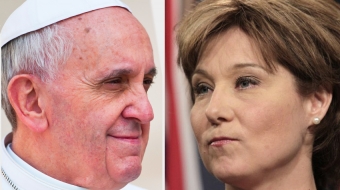 If the Pope gets climate change, why can't we?