Penelope Mudd is a healthcare technology and policy consultant based on the Central Coast of California. She looks back (mostly fondly) on a 20-year career in software development in Silicon Valley, where she worked for both major companies like Novell and start-ups. Her proudest achievement in technology (so far) was helping introduce a new telemedicine system to the Dutch market. Penny attended McGill University and graduated from the Monterey Institute of International Studies. She writes the occasional freelance piece and is working on a novel set in Berlin, Germany. Follow her on Twitter @calliopeco 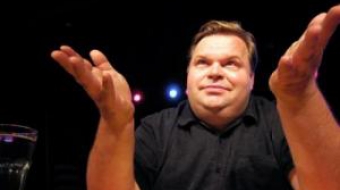 Mike Daisey's attack on Apple and Foxconn on NPR's "This American Life" may not have been accurate but it revealed the truth.
Penny MuddMar 18th, 2012