Niki was born in Sparwood, B.C. She received her law degree from the University of Alberta and was called to the Bar in British Columbia in 2006. She has a Bachelor of Honours Degree in Environmental Biology from Queen’s University.

In 2011, Niki was elected as Parks Board Commissioner in Vancouver. In 2014, she placed 17th out of 49 candidates for the 10-seat Vancouver city council. 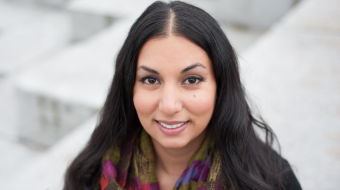 Niki Sharma: why I'm running for the Vancity Board of Directors

My name is Niki Sharma and I am running to be a Director on the Board of Vancity Credit Union. As a proud Vancity member, I believe that when people and money come together as a force for...
Niki SharmaApr 5th, 2016