Karl Nerenberg has been a journalist for over 25 years including eight years as the producer of the CBC show The House. He has written scripts for documentary films and long-form television reports for such shows as Le Point and Actuel on Radio Canada television and The Journal on CBC-TV. Karl also founded and, for five years, edited the magazine Federations: What's new in federalism worldwide.

Karl has been awarded a Gemini award, a Best International Documentary Series award (from "la communauté des televisions francophones"), a CBC Radio Award for Best New Series (C'est la vie) among others. As a broadcaster, Mr. Nerenberg produced and directed television series and documentaries in a wide range of genres and on a great variety of subjects -- from civil war in Central America, to the crisis in South Africa's Apartheid system. 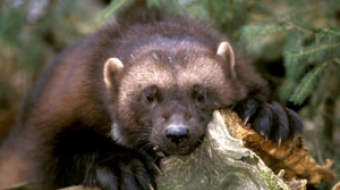 Environment Ministry only has action plans for seven out of a total of over 500 identified species at risk.
Karl NerenbergNov 7th, 2013