Press releases from the BC government. A press release is a written or recorded communication directed at members of the news media for the purpose of announcing something claimed as having news value. Typically, they are mailed, faxed, or e-mailed to assignment editors at newspapers, magazines, radio stations, television stations, and/or television networks. Commercial press release distribution services, such as PR Newswire, PR NewsChannel and Business Wire, are also used to distribute them.

No tolls during first week of new Port Mann bridge

The first week of tolling will be free to families and commuters when the new Port Mann Bridge officially opens in December.
Government of British ColumbiaSep 13th, 2012

Advanced Education Minister Naomi Yamamoto is warning colleges and universities that the adult entertainment industry may begin focusing its efforts on recruiting students in a more visible way than...
Government of British ColumbiaAug 29th, 2012

Ten new DriveBC web cams are now live on the Lougheed Highway, giving motorists a real-time view of weather and road conditions on this major commuter route from Coquitlam to Maple Ridge. The new...
Government of British ColumbiaAug 28th, 2012 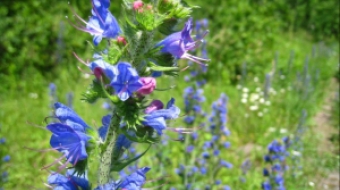 Spot weeds in BC? There's an app for that.
Government of British ColumbiaAug 24th, 2012

BC implements new policies to prevent infections during flu season

Health authorities in British Columbia are acting on the advice of Dr. Perry Kendall, BC's Provincial Health Officer, and implementing measures to better protect patients and seniors from being...
Government of British ColumbiaAug 23rd, 2012

BC outpacing rest of Canada in attracting investment

BC is outpacing the rest of the nation in investment attraction, according to a new report which shows that investment activity rose by 71 per cent in the second quarter compared to 2011.
Government of British ColumbiaAug 21st, 2012