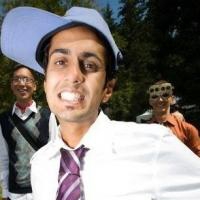 Ajay Puri is an advocate for evidence-based decision-making and community empowerment. For the past ten years, he has been volunteering, working and providing important scientific research to improve the lives of many marginalized populations including at-risk youth, visible minorities, sex workers, and people suffering from mental health and addictions.

Over the last three years Ajay has co-founded and continues to co-lead many community groups including:

Bridge to a Cool Planet, a coalition of over 30 multicultural, green and social justice groups which in 2009 hosted the world's largest 350.org Climate Action Day with over 10,000+ attendees. He was the social media and ethno-cultural outreach coordinator and currently manages the @B2CP twitter account. This event has become the Vancouver People's Summit and occurs at the Main Street Car-Free Festival.

Rangi Changi Roots, formed a grassroots society which seeks to bridge the multicultural communities and the green movement. The vision is to create a fair and healthy planet. Will be providing an ongoing newsletter and have held or co-held 5 events in the past year.

CanadiansforObama.ca a grassroots online movement engaging Canadians to organize for Barack Obama. Group made 20,000+ calls, visited 10 states for the 2008 US Presidential Election. Currently has 200+ active members and assists US in keeping progressive policies (e.g., public health insurance & climate action). He co-designed the website and currently coordinates all the content.

EastOfMain.com: a community blog showcasing local stories and events from the culturally diverse area of East Vancouver. He co-designed the website and currently acts as the co-Editor of the site and manages the @eastvancity twitter feed.

He currently sits on the Board of Directors for PIVOT Legal Foundation, GoBeyond (a BC-wide campus climate action network), McCreary Centre Society, and is a judge for the BC Hydro 2011 Invent the Future contest. He is a frequent guest on RJ1200, a South Asian radio station, and coordinates a weekly event listing guide on the Vancouver Observer. For the past four years he has been a UBC Science Tri-mentor where he has mentored  students on careers in Science and research.

He completed his Bachelors of Science in biopsychology and commerce, then pursued his Masters of Health Administration at the University of British Columbia. He is currently a doctoral student at UBC researching the effects of acculturation and ethno-cultural identity on alcohol and drug use among immigrant and visible minority youth. He is also the co-lead of the BC Ethno-cultural Health Research and Community Network and a research associate with the Centre for Addictions Research of BC. Prior to pursuing doctoral studies, Ajay worked in various capacities including program evaluator at the addiction services division of Vancouver Coastal Health, research coordinator and decision support analyst at Providence Health, and research assistant and forum coordinator at the BC Centre for Disease Control. He has published five peer-reviewed articles and has presented over 25 peer-reviewed abstracts at national and international health conferences.

Ajay was acknowledged for his commitment and passion for research and engaging diverse communities as one of Canada's top five volunteers in CBC's Champions of Change contest in 2010, as one of four selected Scientists for the Government of BCs Year of Science initiative also in 2010, and as the Dean of Science Ambassador in 2001. Academically he holds the Western Regional Training Centre doctoral award and the Leading Edge Endowment Fund doctoral award.

This week there are events for eating, biking, dancing, a book launch, celebration of a planet and even drinking. Yep, I think that about covers it. The Bees would also like to give a special...
Lisa Craveiro and Ajay PuriMay 30th, 2011

It's a good time to be in Vancouver. Summer is (almost) here, the Canucks are heading to the finals, and there are tons of festivals going on. Yep, it's the weekend of film festivals and...
Lisa Craveiro and Ajay PuriMay 23rd, 2011

Top events in Vancouver this week. And, hey, we've been nominated for the Best Events Blog of Vancouver at the 2011 Urban Culture Conference + Awards. Please, vote for us.
Lisa Craveiro and Ajay PuriMay 17th, 2011

As always, BeeVancity is excited to bring you the best events of the week. But there's something else we're excited about - we've just been nominated for the Best Events Blog of Vancouver at the 2011...
Lisa Craveiro and Ajay PuriMay 11th, 2011 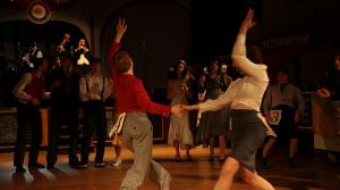 So the campaigning and voting is all over. Regardless of how you feel about the outcome, give yourself a pat on the back if you went out and voted! We're excited for Elections Canada to release their...
Lisa Craveiro and Ajay PuriMay 4th, 2011 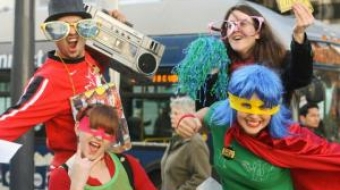 You get more than a chance to vote on May 2. You get a chance to ride to the polling station in a pedicab. For free.
Lisa Craveiro and Ajay PuriApr 27th, 2011 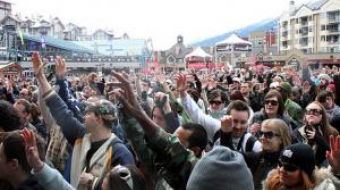 Welcome to our "Easter Bender" edition. With each week, the number of events just keeps growing. Did anyone check out last week's Make It! craft show? If you missed it, check out their Flickr page to...
Lisa Craveiro and Ajay PuriApr 19th, 2011 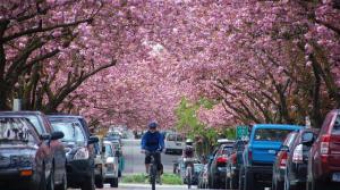 Bike ride through the blossoms, party with the planet, and join the "Handmade" Revolution

'Tis the season of flashmobs. Did you miss last week's Skytrain silent dance party flashmob? Not to worry, we've found some footage of the event! Looks like a little dancing doesn't faze...
Lisa Craveiro and Ajay PuriApr 13th, 2011 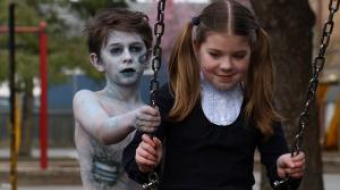 So, did you bash some pillows last weekend? Check out the Pillow Fight Flashmob Video (There was even a horseyman!) You never know what happens when you follow the Bees. Some great picks for you...
Steve Williams and Ajay PuriApr 6th, 2011 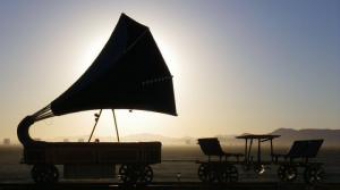 There are loads of events happening that will put Spring in your step from eco-films and pillow fights to art, design and music.
Lorien Henson and Ajay PuriMar 31st, 2011