From Inside the Joint: Betty Krawzyck's Activism 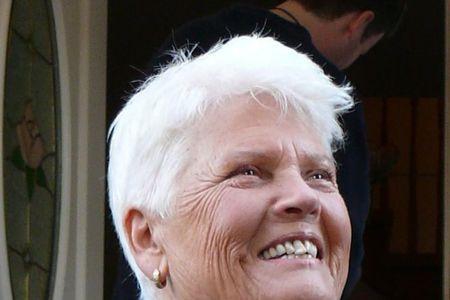 At the launch of her newest book, “Open Living Confidential: From Inside the Joint” on Wednesday May 21st, at Spartacus Books, she also seemed reflective and serene, that fiery nature just glinting below the surface. We asked her a few questions about prison life, writing and activism

Hi Betty. Thanks for taking the time to speak to the Vancouver Observer.

V.O. Tell us about this book and your hopes in writing it.

B.K. Well, I would like to bring in some perspectives about the history of the penal system in Canada and specifically BC, and note many of the recent changes in the penal system, especially due to the privatization that has been occurring in the BC prisons under the (Gordon) Campbell government.

I also try to illuminate the lives of women in jail. Most women are there because of conditions and abuse that we really cannot imagine – most of us that is. Poverty is the underlying condition that sends a woman into the penal system and of course, when one discusses poverty, one has to speak about the disproportionate number of First Nations women there are in prisons – on average at least 60% - and you have to discern why this occurs.

I studied various women philosophers and anthropologists while writing this book and my hope is that I have been able to draw from their perspectives and thoughts as well. People like Simone de Beauvoir and Evelyn Reid in particular helped me to understand the systemic oppression of women in our society and why it has occurred. Women used to be accorded such a high place in our ancient societies, now men hold most high ranking posts in our global economy, one of the major reasons why I believe our world is in such a mess.


V.O. So how many times have you been in and out of Jail?
B.K. Oh about eight times, from a few months in 1994 for the Claquoquot Sound protests to ten months recently for the blockades against the Eagle Ridge Bluffs. I count these as my “credits to the future” within the penal system in British Columbia”

V.O. What were some of the experiences that have touched you during your recent jail visit.

B.K. One woman I know from the prisons has a history of drug abuse and is in her 40s. Usually it is more difficult for older women to change. This woman has come out, cleaned up, devoted her time to improving herself and is now working at the university of BC doing research. The odds against her were so huge. She has really dedicated herself to changing her life. This is so inspiring to me.

At Alouette, there were some babies born to the prisoners, two babies in my unit and I got attached to one baby. We bonded. I was the only great grandmother in the prison.

V.O. What are prison conditions like? I know you have written about this in your blog entries etc. Can you touch upon it here.

B.K. The last prison I was in was Alouette, which is in the country, where you have fresh air and once in a while you see deer. However, it is not idyllic by any means. You can see the effects of the privatization throughout the prison system. With respect to the physical conditions, we had to double-bunk in most cells. There were very few single rooms. I eventually got a single room because of my age, but it took a few months. The food too, took a rapid nosedive since my last prison sojourn in Burnaby when the government still fed prisoners. Now, a private company feeds the prison and I suppose they have to make a profit.

See more
Why do we care about the Royal Wedding?
Savouring sweet solitude before the birth 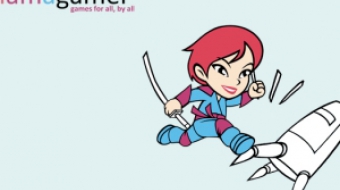