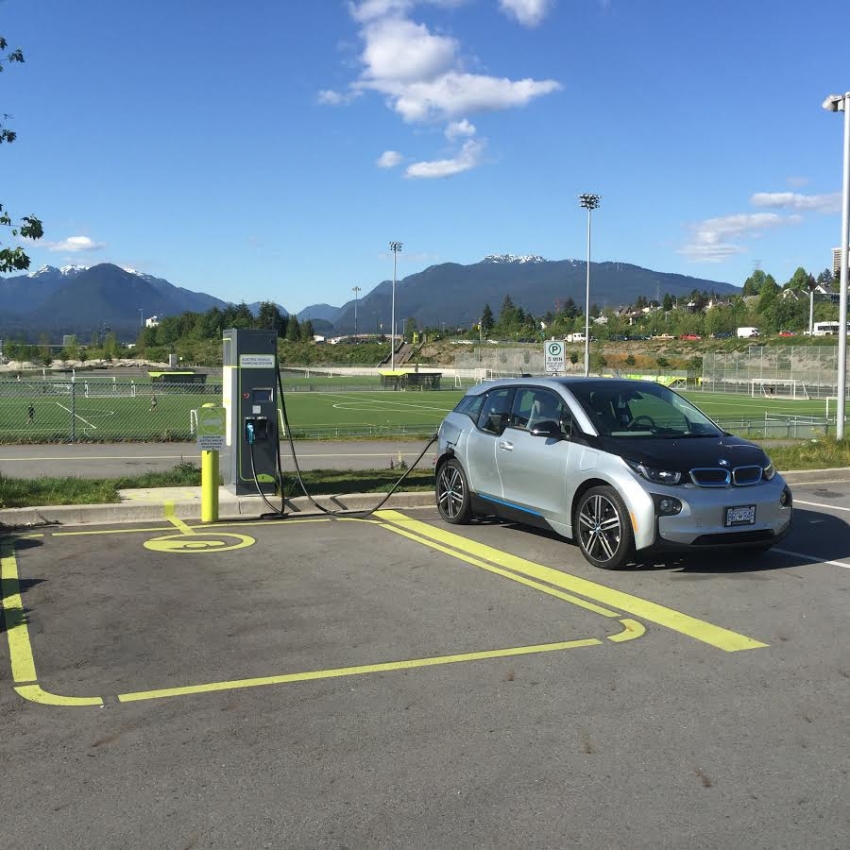 The City of Vancouver and BC Hydro, along with the Province of British Columbia, Natural Resources Canada and BMW, announced the official launch of the Empire Fields DC fast charge station for electric vehicles.

According to City officials, the Empire Fields DC fast charger is the first of its kind in Vancouver, and supports a broader network of DC fast charge stations throughout the region.

The stations provide high-speed charging to electric vehicles for a small fee. A DC fast charge station can charge an electric vehicle's battery to 80% in about 20 minutes, or about eight to 10 times faster than a typical home charging system.

The idea behind its location, immediately off the TransCanada Highway on East Hastings Street, is to allow electric vehicle drivers to make longer journeys, effectively connecting travel between municipalities.

"Expanding the electric vehicle charging network is a great example of a partnership that empowers Vancouverities to fight climate change," said Mayor Gregor Robertson. "Electric vehicles are an important part of reaching our goal to eliminate fossil fuels and go 100% renewable - and it saves people money on fuel."

"Congratulations to the City of Vancouver on the DC fast charging station at Empire Fields," said Bill Bennett, Minister of Energy and Mines. "Drivers thinking of buying an electric vehicle need to know there are convenient locations they can go for a quick charge. Thanks to investments under the province's Clean Energy Vehicle Program, B.C. has the largest public charging network in Canada."

The expansion of electric vehicle charging infrastructure is one part of Vancouver's long-term plan to transition to renewably powered transportation throughout the city. As part of the Renewable City Strategy, electric vehicles will reduce greenhouse gas emissions significantly, improve air quality and reduce noise, - compared with fossil fueled vehicles. By using electricity from BC Hydro, which was over 98% renewable in 2015, drivers of electric vehicles will pay less for fuel.

The Empire Fields station is part of a province-wide program to install 30 DC Fast Charge Stations. There are now 23 sites with access to fast charging throughout British Columbia.The Empire Fields DC fast charge can be used 24 hours a day, by any fast charging-enabled electric vehicle, supporting both the CHAdeMO and SAE Combined Charging System connectors. (Tesla Motors vehicles can access the CHAdeMO connector using an adaptor).

The new station expands Vancouver's existing public charging network, which has an estimated 250 Level 2 charging points, many of which provide free charging throughout the city.