UBC has a new president 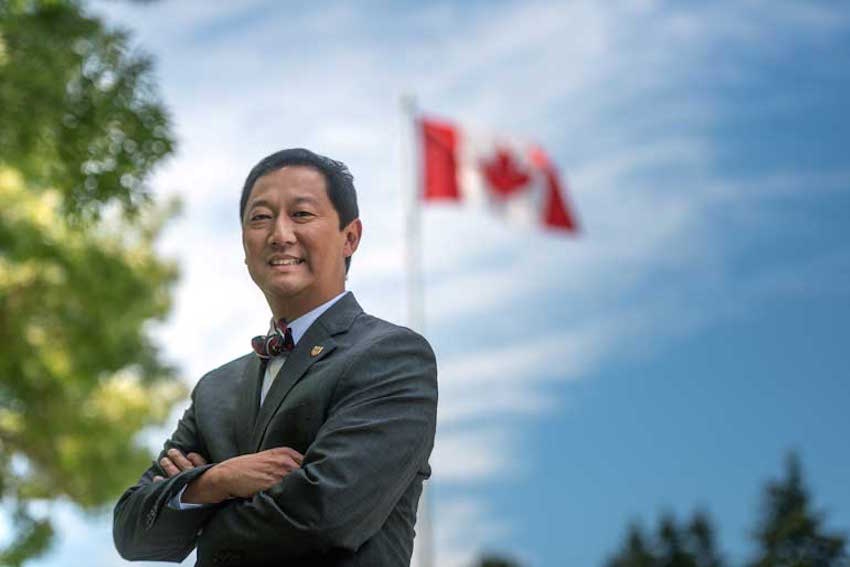 A Vancouver-born biomedical researcher who is a pioneer in experimental medicine with an established track record as a senior leader at U.S. universities, has become the 15th President and Vice Chancellor of the University of British Columbia.

Since 2012, Dr. Santa Jeremy Ono has served as the President of the University of Cincinnati in Cincinnati, Ohio. Prior to that, he served as the Senior Vice President for Academic Affairs and Provost at UC. Under his leadership, UC achieved its largest enrolment in its history and received numerous accolades, including being named Public University of the Year by the Washington Center.

Ono, whose parents emigrated from Japan, is one of only a handful of North American research university leaders of Asian descent. He is widely recognized as a social media trailblazer in the post-secondary education sector—engaging campus communities and inspiring passionate interest in learning and research through an online presence that has captured the hearts of thousands.

“I am greatly humbled by the opportunity to lead one of the world’s greatest universities,” said Ono. “UBC attracts the best and brightest faculty and students. It is uniquely positioned on the Pacific Rim and boasts one of the most diverse and sustainable campuses. I relish the opportunity to help UBC realize its aspirations and destiny as a truly global university.”

For Ono, returning to UBC is a homecoming of sorts. His father, Takashi Ono, is an accomplished mathematician, who formerly taught as a faculty member in UBC’s Math Department, which explains how Ono came to be born at St. Paul’s Hospital just 20 minutes away. His father is also a gifted pianist, who passed on his love of music to his son, who himself plays the cello.

The UBC Board of Governors voted unanimously to appoint the president following an international search by a 21-member committee comprising faculty, staff, students, alumni, senate and board members from UBC’s Vancouver and Okanagan campuses, and chaired by UBC Chancellor Lindsay Gordon.

Ono succeeds Interim President Martha Piper, who will retire June 30. He will become president on August 15 for a five-year term. Dr. Dave Farrar, previous UBC Provost and Vice President Academic and Senior Advisor to the current President, has agreed to take on the role of Interim President after June 30 and prior to Dr. Ono’s arrival.