Two urban farms face closure due to pressure from developers 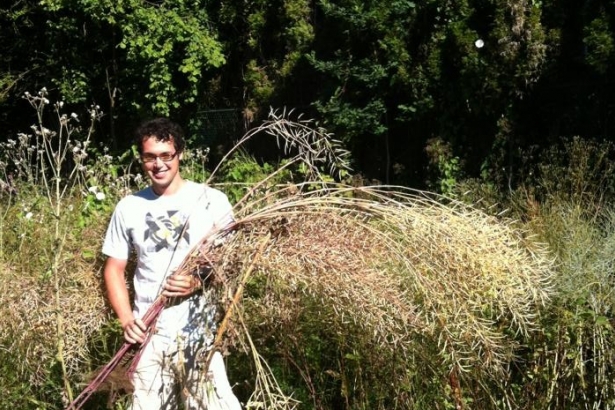 Freshly picked vegetables, fruit and other wares line the sidewalk of the UBC Farmers Market as students and faculty search out the best in local food. Many of the stands showcase delicious produce grown locally, right here in Vancouver’s vacant lots, boulevards and gardens. After spending long days planting, weeding, pruning and harvesting the farmers set up at local markets all over Vancouver to sell the fruits of their labour. What few of us know is that many of these farms are illegal according to Vancouver city bylaws. 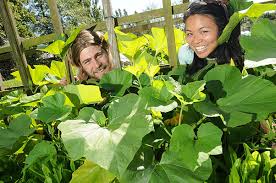 Two Kerrisdale farms located at 41st and Blenheim are facing orders to shut down operations and replace gardens with lawn seed. Yummy Yards farm manager Emi Do was surprised by the news.

“This boulevard garden has become iconic not only in the Dunbar neighborhood, but for those traveling through the neighborhood as well,” she said. 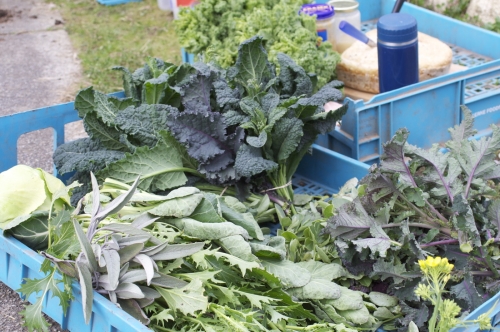 Just around the corner a community farming initiative called UFARM received a similar notice from Lai Co. Volunteers worked together to set out raised vegetable beds, herb gardens and a seed exchange for the Dunbar/Kerrisdale community.

UFARM founder Matthew Unger describes the project as “a hub of research and education for small scale farmers and gardeners. I was surprised to get the letter, considering we had a contract and the land has been desolate for over 10 years, and that Andrew told me he doesn’t plan to start building the high-rise for another 10-15 years.”

Local residents tell stories of weeds growing over 7 feet tall and a house fire on the lot about a year ago. “We were so excited to see something being done with the lot. It has been an eyesore in the neighborhood forever,” commented a neighbor walking her dogs past as the UFARM volunteers worked to tear down the garden.

While the city planning team is working with urban farmers like Do and Ungar to make room for food production in the Greenest City Action plans, the development and permitting offices still maintain that urban farming is illegal.

“I tried to get a business permit to run Mushboo Mushrooms but was told that if I sold one mushroom I would be breaking the law,” Matthew recalled of his attempts to legitimize another urban farming endeavor he runs.

Throughout Vancouver vacant lots sit empty, many for decades as investors buy and hold waiting to build high-rises like the one planned for the corner of 41st and Blenheim. With the demand for local food increasing, social enterprises like UFARM and Yummy Yards are sprouting all over the province.

Ungar believes these vacant lots are opportunities. “UFARM partners with landowners to maintain their vacant land as a farm giving them tax breaks for farming and community garden initiatives until they are ready to build. It’s bizarre that on one hand the province is offering tax incentives and on the other we are being told to shut down our ‘illegal’ operations.”

While UFARM has shut down the Blenheim site, Do, Ungar and other members of the urban farming community are working with the City to keep the Yummy Yards boulevard garden open. “I have had older neighbors come and share stories of when they used to have their own vegetable garden, and how much the space brightens their day as they ride past on the bus.  It is for these reasons that I am asking that you reconsider your decision to have us leave the boulevard," Do wrote in her appeal to Lai Co.

Yummy Yards plans stay on the city owned boulevard after talking with officials to ensure the garden is compliant with current bylaws. A petition is forthcoming to demonstrate neighborhood support for the boulevard garden and local food produced in Vancouver.

A farmer's life is feast or famine