Syrian refugees to hold multicultural dinner for community on December 3 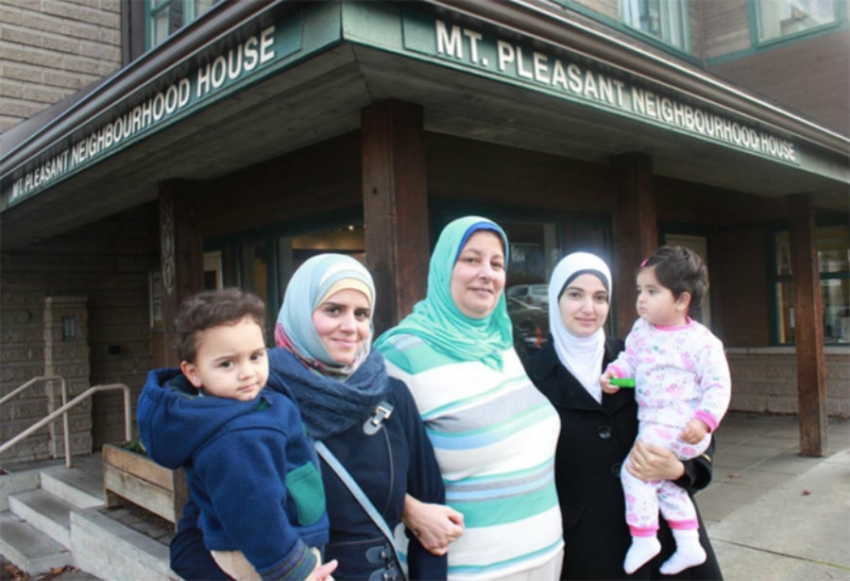 “The neighbourhood house gave us a lot of help…and we want to give back.”

Together, along with 5 other Syrian women who have also been attending programs at Mount Pleasant Neighbourhood House, Asmaa and Manar have organized a Syrian Multicultural Dinner for this Saturday, December 3. The night will serve as both a celebration of their Syrian culture as well as a thank you to the local community for being so warm, hospitable and welcoming to them and their families.

After fleeing from Syria with a family of 18 people, and spending three years in Jordan, Asmaa and Manar were very happy to find community in Vancouver. Aasmaa said that “Canadians are very warm” and she would love for “Canadians to know about Syrian culture and food”. When asked why she felt so connected to the Neighbourhood House, Manar, a young mother who has been brushing up her English and computer skills at the Neighbourhood House, said, “the neighbourhood house is like my family home back in Syria. I miss gathering with lots of people back home”.

Along with the delicious food, the group of women is preparing a short video, organizing songs and cultural dances. Both Manar and Aasama are hoping that the new Canadian friends they’ve made will attend along with some new friends from the community!

Tickets can be purchased at the Mount Pleasant Neighbourhood House by calling (604) 879-8208.