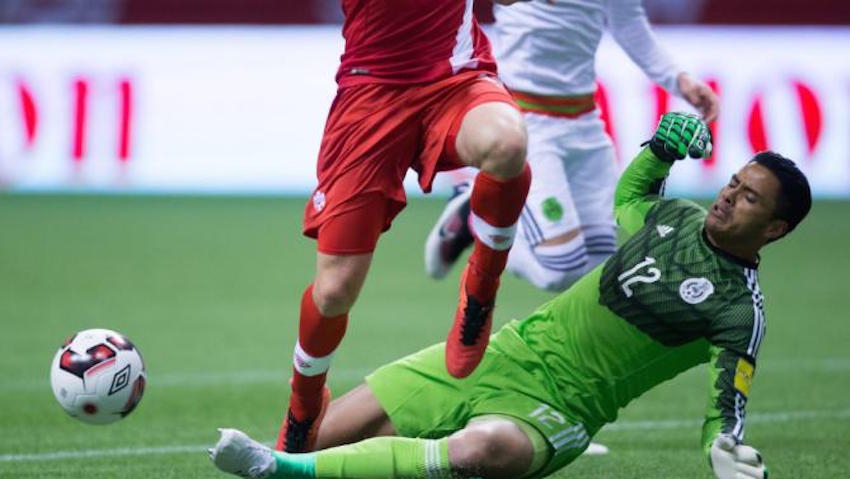 Vancouver's B.C. Place was a sea of green last night as Mexico fans from all over came to watch their team play Canada in a qualifying match for a spot in the FIFA 2018 World Cup in Russia.

An estimated 15,000 Mexico fans attended the game, many traveling to Vancouver from the US. By Thursday evening, downtown Vancouver was infused with Mariachi music and singing fans wearing sombreros.

On game day, a record-breaking sold out crowd of 54,000 fans filled B.C. Place with the Mexico fans easily drowning out Canada's supporters with their singing and chanting.

The game began with both teams missing a few clear cut opportunities. Then, Mexico struck with a header from star player Javier Hernandez, aka "Chicharito."

Mexico sealed the win in the 72nd minute when Jesus Corona faked a shot to then smashed the ball into the back of the net.

With 20 minutes remaining, many Canada fans filed out of the stadium while the game was stopped at least 3 times as excited Mexico fans rushed the pitch. The win means Mexico is all but assured a spot in the next round.

Despite the loss to Mexico, Canada remains in a very good position to advance to the next round.

And the record breaking attendance at this game, bodes well for more international soccer matches coming to Vancouver.

Lewis Chifan is the coach of Van Tech’s Grade 10 girls volleyball team that for the past three seasons hasn’t lost a game in their Vancouver city league. Not a regular season game, a playoff match or...
Kurt HeinrichDec 11th, 2014

Another high-profile UFC fighter quits Dana White.
Renko StyrankaSep 22nd, 2014
Speak up about this article on Facebook or Twitter. Do this by liking Vancouver Observer on Facebook or following us @Vanobserver on Twitter. We'd love to hear from you.