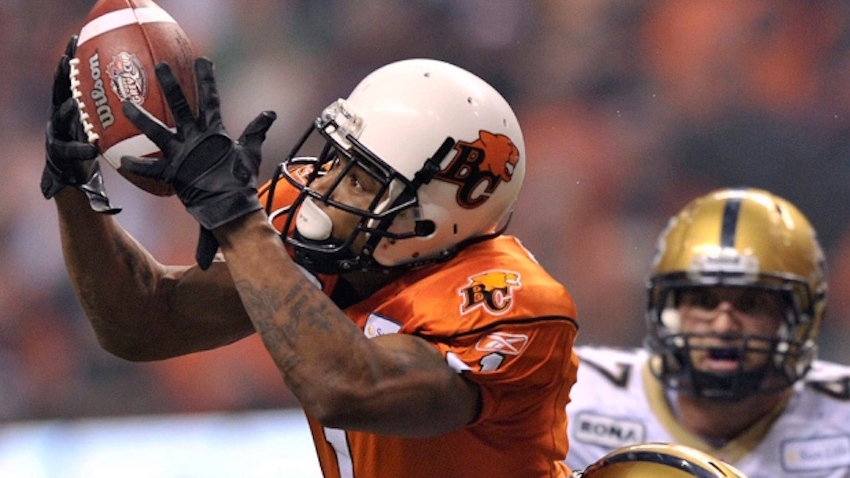 VANCOUVER — A British Columbia judge has tossed out a lawsuit by a former Canadian Football League player who claims negligence, alleging players haven't been protected from concussions.

B.C. Supreme Court Justice Christopher Hinkson said in a written ruling that the issues raised in Arland Bruce's lawsuit are part of a collective bargaining agreement between the league and the CFL Players’ Association.

Hinkson dismissed the case, saying those issues must be resolved through the grievance and arbitration process, not the courts.

Bruce played for the Winnipeg Blue Bombers, Toronto Argonauts, Hamilton Tiger-Cats, B.C. Lions and Montreal Alouettes over the course of his 14 year career.

His lawsuit claimed Bruce was knocked unconscious and suffered a concussion while playing for the Lions in September 2012 and he reported fogginess, headaches, sensitivity to light and sound, memory loss, confusion, dizziness, anxiety and personality changes.

Court documents alleged he was permitted to return to play in November of that year and then again for the Alouettes in the 2013 season despite still suffering from the effects of concussion.

The lawsuit stated that the CFL should have intervened and prevented Bruce from returning to the field.

Bruce alleged that he has suffered permanent disability, and his head injury will continue to cause earnings loss along as well as the loss of enjoyment of life.

This is not the first time professional athletes have filed concussion-related lawsuits against their leagues.

More than 4,000 former players successfully sued the NFL for concussion-related problems in 2014 and more than 200 former professional hockey players launched a class-action suit against the NHL the same year.

Lewis Chifan is the coach of Van Tech’s Grade 10 girls volleyball team that for the past three seasons hasn’t lost a game in their Vancouver city league. Not a regular season game, a playoff match or...
Kurt HeinrichDec 11th, 2014

Another high-profile UFC fighter quits Dana White.
Renko StyrankaSep 22nd, 2014
Speak up about this article on Facebook or Twitter. Do this by liking Vancouver Observer on Facebook or following us @Vanobserver on Twitter. We'd love to hear from you.

For the Love of the Game
Nolan Kelly