It's hard out here for a real estate agent. Caught between sky-high prices and cheapo renovations, an army of Realtors are giving their souls to the game. 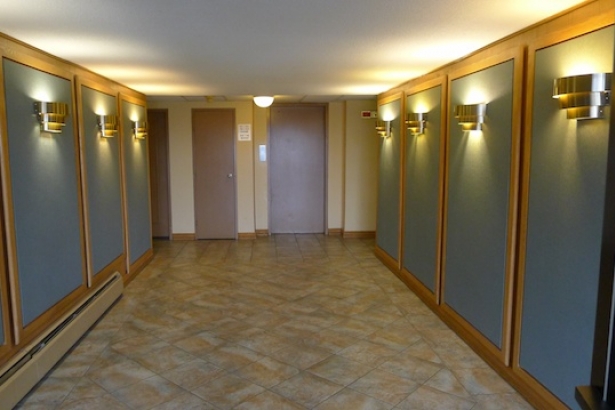 She flushes, slightly, just for a moment. "You could do a lot with this kitchen."

"I'll have to," I reply. The apartment was supposedly built in 1982, but the kitchen renovation suggests an earlier era. Beige cabinets, countertops even more beige, rusty dishwasher. 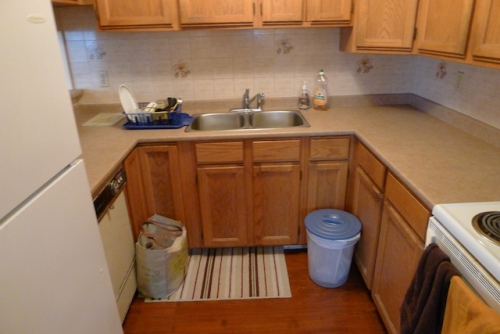 She and I check out the bathroom. The light switch is crusted over with what must be years of finger-grime. The owner is doing this place no favors. My Realtor stage-whispers, "Single white guy from Quebec." She's surely right. Given enough experience in the real estate industry, you can tell a lot about who lives in an apartment, even when they're showing it in what they think is its best light.

Single White Quebecois Male had this place on the market for $299,900. He got an offer and bugged out, thinking he could get more. Now he wants $309,900. There's no gentle way of saying this: no freakin' way. This place has now been on the market for a year and a half.

My Realtor and I are on an affordable apartment safari though East Van. My criteria: under $350,000 and within fifteen minutes' public-transit commute to Downtown Vancouver.

She's driving us in her Lexus SUV through the rain-slicked streets. The Lexus has a video camera to help you with parallel parking, but she doesn't seem to need it.

She lined up four apartments, all under $350,000. The cheapest is $250,000. None of them have ensuite laundry. If you think that giving someone a third of a million dollars would get you a washer/dryer, then clearly you've never apartment-shopped in Vancouver.

East Vancouver is heating up, because nobody who works for a living can afford to buy in the West End anymore. Rising rents make an investment property in East Van a more viable option than it once was, though proper houses remain out of reach for anyone on a Canadian wage. This keeps the pressure up in the apartment/condo market.

My Realtor says that the sales market is slower than it's been in a long time: properties will sit for an average of 70 days. Still, there are vacant units that she won't touch with a ten-foot pole: "I'm afraid to sell in Olympic Village, to be honest. I steer my clients away." Dead neighborhood, small units, renovations that "probably won't stand the test of time".

I'm checking the closet space in Single White Quebecois' condo. There's not much. The entryway closet is mostly taken up by the water heater. In the hallway, though, he has installed a European-style washer/dryer unit. So there's that. Of course, should he sell, he might just take it with him, leaving the buyer to hoard quarters for the downstairs laundry.

It's not cozy, it's small

The first apartment she showed me was New-York small. 510 square feet according to the info sheet, but it felt smaller; even though the owner makes cunning use of the space. For the $250,000 asking price, you could actually do better in Brooklyn. In Queens, you could live like a monarch.

My Realtor marveled aloud at how the current owner maximized the space. She actually used the word "small", which won me over. You'd expect a broker to euphemize with "cozy". I immediately felt better about trusting her. 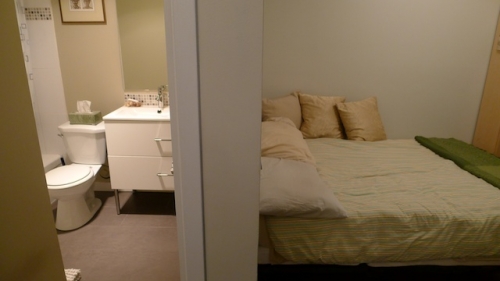 Okay, back to the apartment. Two closets. No window in the bedroom, just a translucent sliding door from the living room. This place looked like my last apartment in Brooklyn, except on the ground floor. And smaller.

Gorgeous kitchen. She told me, "Soft-close drawers are all the rage right now, but they can eliminate a good kitchen fight." True enough: you can't slam any of the drawers in a fit of drama-queen pique. They slide silently shut; you won't wake the neighbours.