Vancouver has learned from Chile, Japan, and New Zealand. Find out what you can do if a big earthquake strikes.

Following direction from the Mayor and City Council in 2011, the City of Vancouver now has an updated and comprehensive earthquake preparedness plan.

Council received a staff report today detailing 12 primary actions and 44 supporting actions to improve Vancouver’s preparedness for a major seismic event and strengthen the City’s capacity for response and recovery.

“City Hall is working harder than ever before to prepare Vancouver for a major earthquake, with essential steps to reduce risks of damage, boost our emergency response services and improve the safety of everyone who lives and works here,” said Mayor Gregor Robertson. “Vancouver's effective response and recovery from an earthquake will depend hugely on residents and businesses taking their own initiative, and it’s crucial that every home and workplace in Vancouver is prepared in advance with an emergency plan and earthquake kit.”

The updated strategy is informed by many lessons from recent seismic events in Chile, New Zealand, and Japan. Today’s Council presentation also identified areas at high-risk during an earthquake, including areas that may be vulnerable to liquefaction, peak ground velocity, tsunami run-up potential, and buildings built before 1973, when seismic standards were included in the building code.

The importance of reducing risk of damage was is also demonstrated in the potential economic losses resulting from a major Cascadia Subduction Zone earthquake, estimated to be as high as $75 billion or 5.2% of Canada’s gross domestic product.

“Vancouver is a city of strong communities, and we’re continuing to work with residents and businesses to make this a safer place than ever before,” added the Mayor. “But there’s no question there is more work to do, and we need everyone to do their part.” 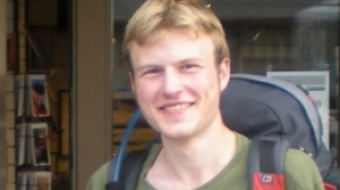