It only took an hour after Prime Minister Justin Trudeau announced approval of Kinder Morgan's pipeline expansion project for protesters to gather in downtown Vancouver. 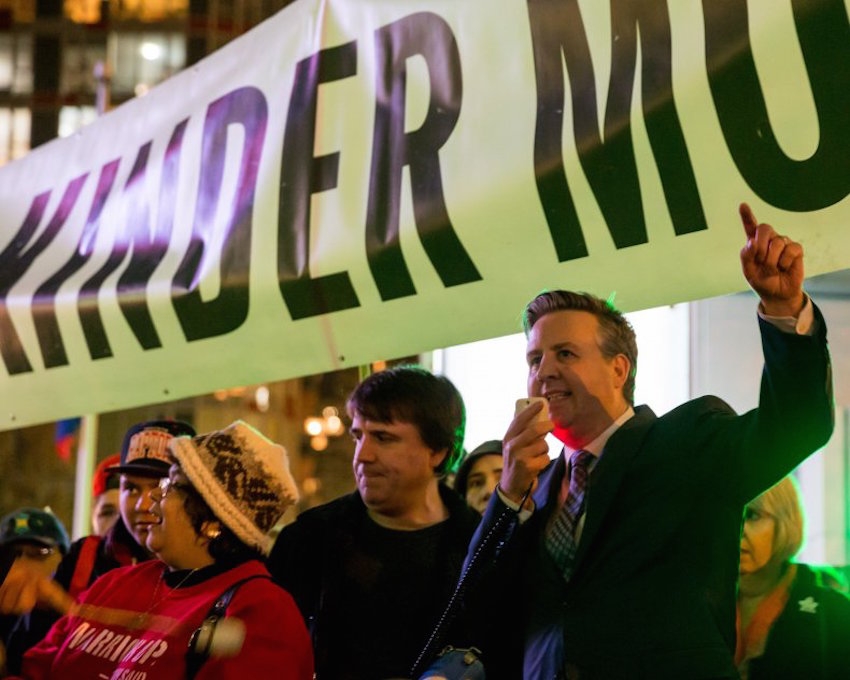 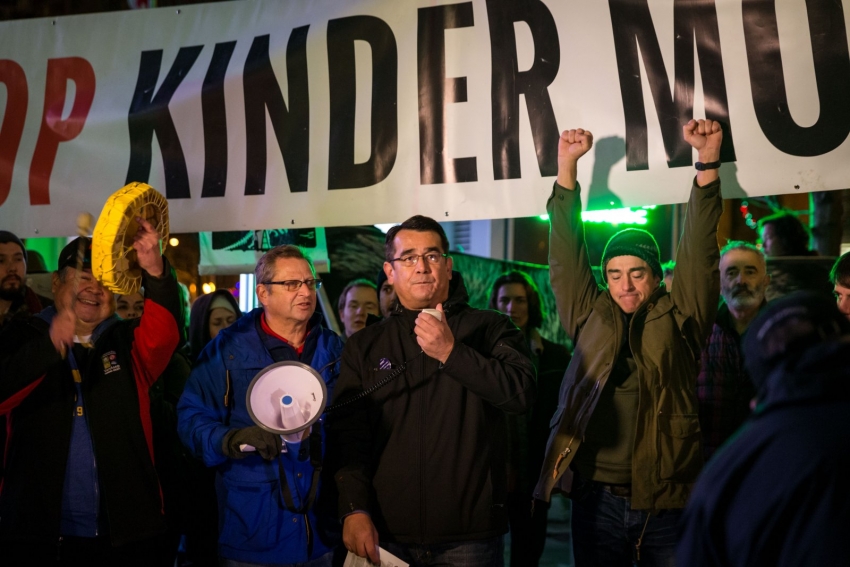 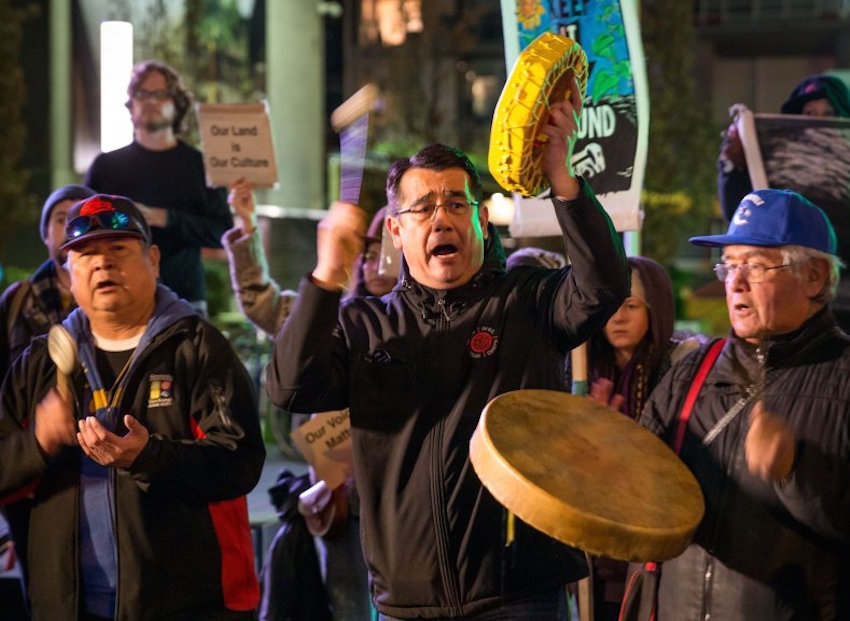 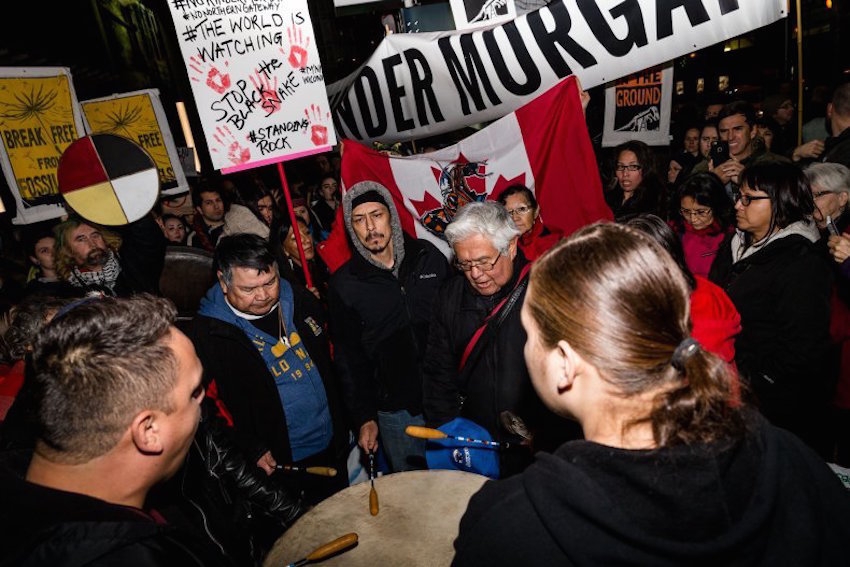 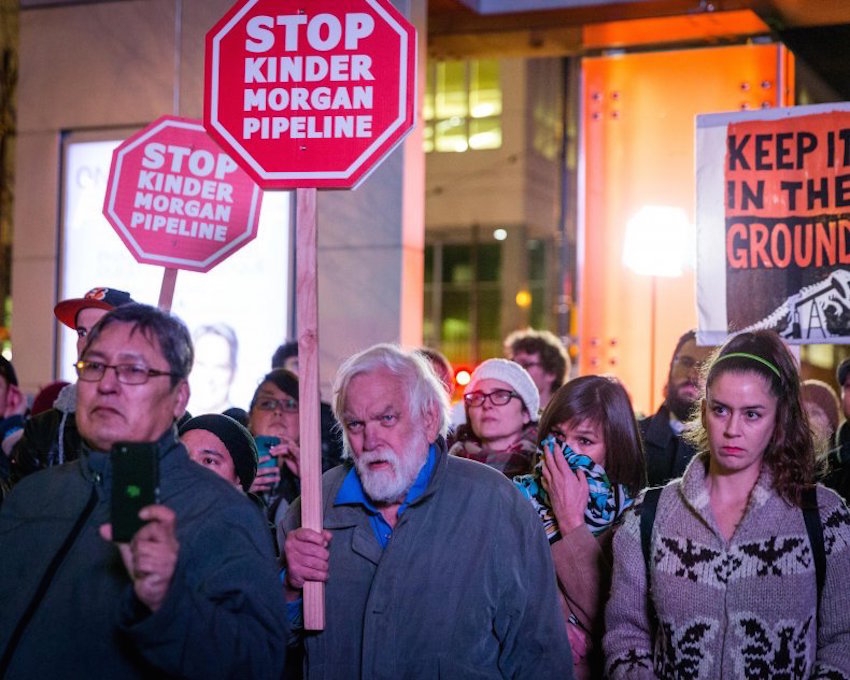 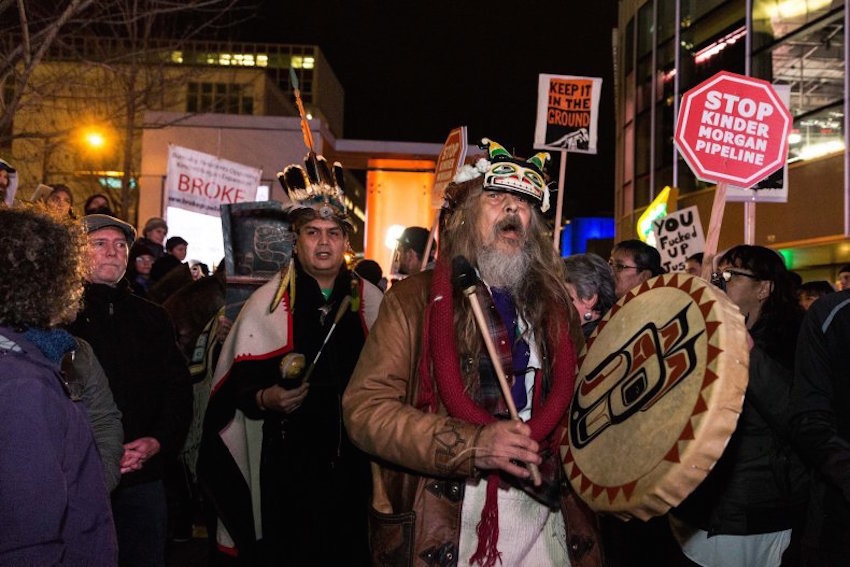 After Prime Minister Justin Trudeau announced the approval of the Kinder Morgan proposal to effectively triple the capacity of its Trans Mountain pipeline from Alberta to Burnaby B.C. on Tuesday, several hundred people gathered outside Vancouver's CBC to protest.

A number of speakers at the protest warned that Trudeau's announcement would spark the type of violent confrontations now underway in North Dakota, where the Standing Rock Sioux tribe have joined forces with environmental activists in an effort to block construction of the Dakota Access pipeline.