Getting to 'YES' in the Metro Vancouver Plebiscite 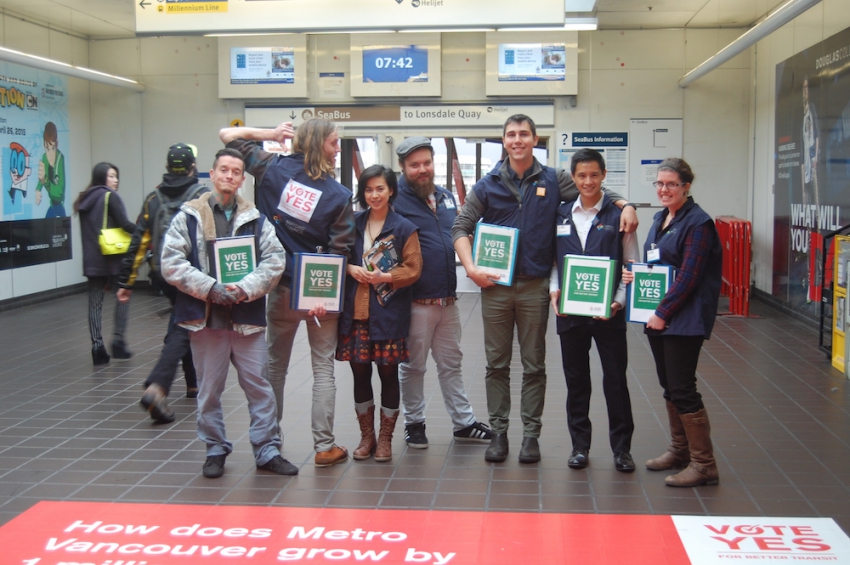 At Waterfront Station Friday morning, Andrea Domagas and her team were on the front lines of the transit plebiscite, asking transit takers to pledge their 'YES' vote in the Metro Vancouver Transportation and Transit Plebiscite.

"We’re getting a really good response," says Domagas. "The first week was phenomenal obviously because there was a lot of buzz and we were all really passionate and motivated."

She said the most enthusiastic 'YES' voters tend to be downtown, in Vancouver in general, and young people.

The Greater Vancouver areas, she said, "are a little more of a mixed bag."

The major concern they hear from 'NO' voters from like Port Moody, West Van and Langley, is they feel there's not enough in the plan for them.

For Andrea and her team, their main job now is getting out the vote.

We haven’t done very well in the past with voter turn out so this is an important one. She says 'YES' voters need to pump up the intensity because whether you're using transit, cycling or driving your car, there's something in the plan for everyone.

Like keeping our region green, which is Andrea's personal favourite.