Indigenous leaders, artists and community members will tap creativity to explore the theme of city building at the first Indigenous City Gathering on Saturday, Nov. 7 from 6:30-10 p.m. at SFU Woodward’s in Vancouver. 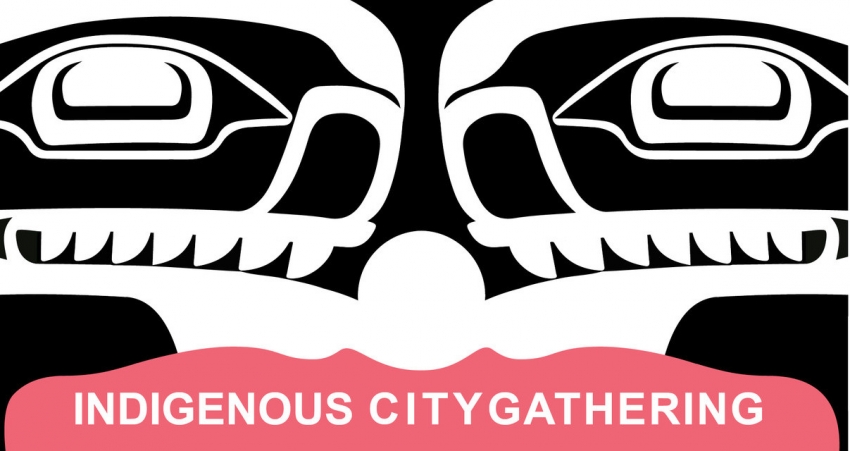 Indigenous leaders, artists and community members will tap creativity to explore the theme of city building at the event taking place on Saturday, Nov. 7 from 6:30 -10 p.m. at SFU Woodward’s in Vancouver.

“We’re very excited about hosting this Indigenous City Gathering,” says Shauna Sylvester, Executive Director of SFU Public Square and one of the forum’s organizers. “This is a wonderful opportunity for people to reflect in an informative, but also entertaining way, on the important role aboriginal people play in supporting our cities."

The evening will be hosted by artist and M’Girl singer Renae Morrisseau and will feature a community market, crafts of Vancouver's Indigenous makers, and presentations and performances by:  Cecilia Point of Aboriginal Tourism BC; Ginger Gosnell-Myers, of the Urban Peoples’ Advisory Committee for the City of Vancouver; Kamala Todd of Indigenous City Media; Senaqwila Wyss, of the Granddaughters Mural Project, and Karen Joseph of Reconciliation Canada.

The event will also feature film screenings by Indigenous filmmakers Amanda Strong and Bracken Hanuse Corlett, live painting by AKOS (Corey Bulpitt), a Prince Rupert carver, and musical performances by SEE Monsters and a Big Drum performance by Rupert Richardson, who is also the Indigenous graduate student coordinator at SFU.

The Indigenous City Gathering is produced in partnership with the Grunt Gallery and Rain City Chronicles. Tickets for community members and students are available on Eventbrite.

We the City Community Summit explores the power of cities

Do Cities Make the Design Grade When it Comes to Supporting Women?