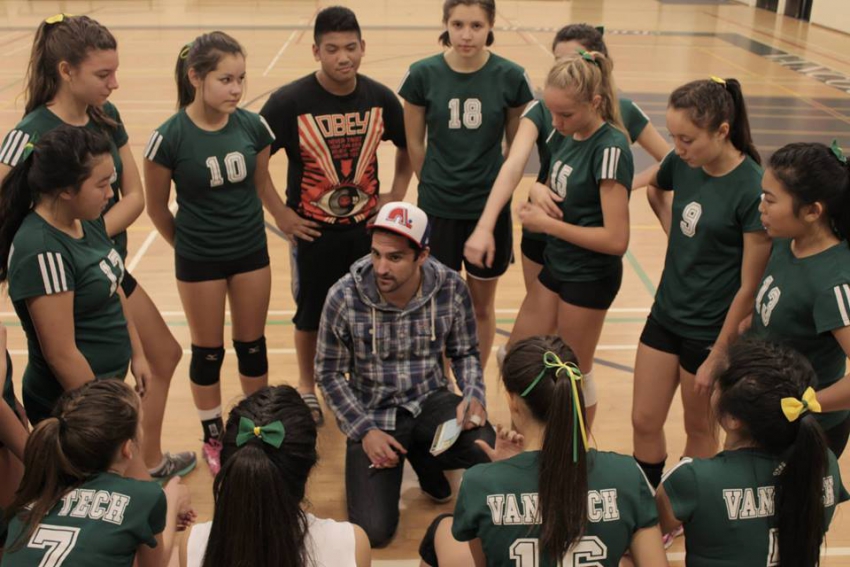 Lewis Chifan is the coach of Van Tech’s Grade 10 girls volleyball team that for the past three seasons hasn’t lost a game in their Vancouver city league. Not a regular season game, a playoff match or city championship. It’s a remarkable streak that few (if any) Vancouver teams have been able to match and was capped off last month with their win of the City Championship (again!).

Chifan credits the success of his little eastside volleyball juggernaut to great team dynamics and the lack of any superstars.

“No one is a Lebron James of the team. But the whole team is just incredible. All of them could just take over a game and serve 7-8 points in a row,” he says.

Chifan says he loves watching the girls play because no matter how good their opponents are (and often they are very strong) his team just finds something in them to step up their game.

“It is just so incredible. I just sit there and try to be as calm as possible. I sit there with a smile on my face and I am so proud of where they come from,” says Chifan. “Over the past three years you get to know the girls and they are all super nice. They are just normal high school kids who love to care for each other. The result is the team has really jelled.”