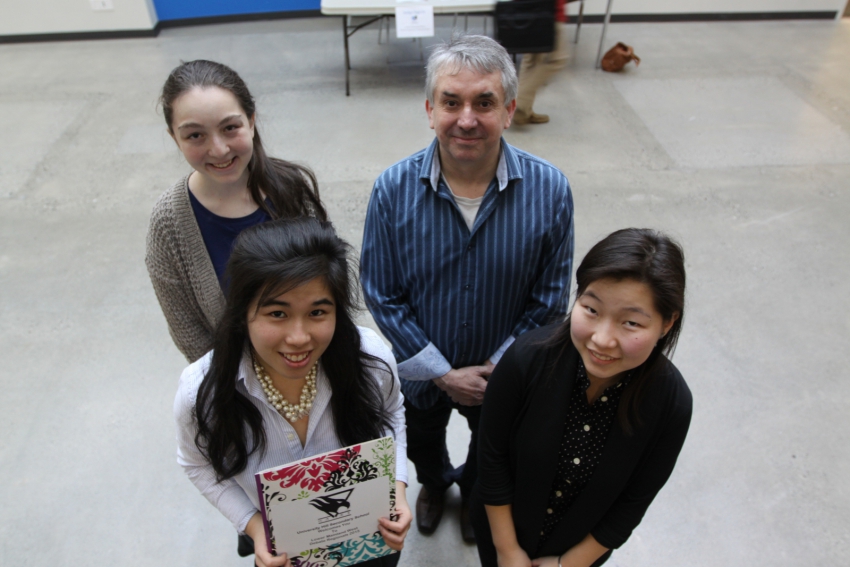 University Hill Secondary Grade 12 student Sarah Tang says debate is one of the most important things she learned while attending secondary school.

"I believe you must do something that your future self will thank you for, and debate is definitely something I am thankful for starting," says Tang. “I found that with debating I am never afraid of writing an essay in class because I know that if anything goes wrong, I can debate my way out of it.”

Tang says she wasn’t always so confident about her verbal and logic skills. When she first started secondary school as a Grade 8, she never thought she’d stick around in the debate club. Older students seemed to be able to use some sort of linguistic judo to twist her words around against her. But then Tang, through unlikely circumstances, got pushed into competing in a regional debate tournament. She started to realize debating wasn’t supposed to feel easy.

“You might not like it at the time, but it will feel good for you afterwards,” she says of the experience. Tang is now evangelical about debate. “I wouldn't be the person I am today without debate. It is so cheesy, but it is true.”

Her two key pieces of advice to any new U-Hill students are to take their SATs and to take debate. She says part of the reason she’s so certain about this is the caliber of the program put together by U-Hill teacher John Yetman.

“Mr. Yetman is amazing. To use a Harry Potter reference, he’s the Dumbledore of Debate. One conversation with him is reassuring and he just has so much wisdom,” says Tang.

Yetman is also a debate evangelical. He says the skills kids pick up through the work of preparing for verbal and argumentative combat are completely transferable.

“It develops communications skills, argument skills, research skills, critical thinking and of course the ability to think on your feet,” says Yetman. “I had a parent who was a lawyer and was just startled by how after a few months of debate, suddenly his kid could argue their points effectively at the dinner table and win the discussion.”

He says debating has done particular wonders for students where English is not regularly spoken in their homes.

Yetman’s debate club currently includes 12 dedicated members and another six part time members. Recently, the school has drawn increasing attention from the secondary school debate world traditionally dominated by private schools. In fact, its reputation has grown so much that this year the school was invited to host the Lower Mainland West Regional debate competition.

During January 16-17, the school had over 120 debaters and provided dinner to around 280 people.

Tang, who helped organize the event along with Yetman, says Grade 12 U-Hill students Claire Sarson, Tuya Mendee, Jimmy Yan and Ajay Rajkumar were all critical to making the event happen.

Yetman says big thanks need to go to some of the debate’s supporters including local branches of Save on Foods, Starbucks and Safeway.

University Hill Secondary principal Steven Cameron says the biggest thanks need to go to Yetman himself.

“He has done such a good job of creating a debate club and brings such passion that kids just love him,” says Cameron.

Cameron says that in the coming year, thanks primarily to Yetman’s passion for debate, the school will have its first debate and public speaking course.

“Our PAC is so excited about this club,” he says. “Our parents are really proud that we are taking on private schools.”