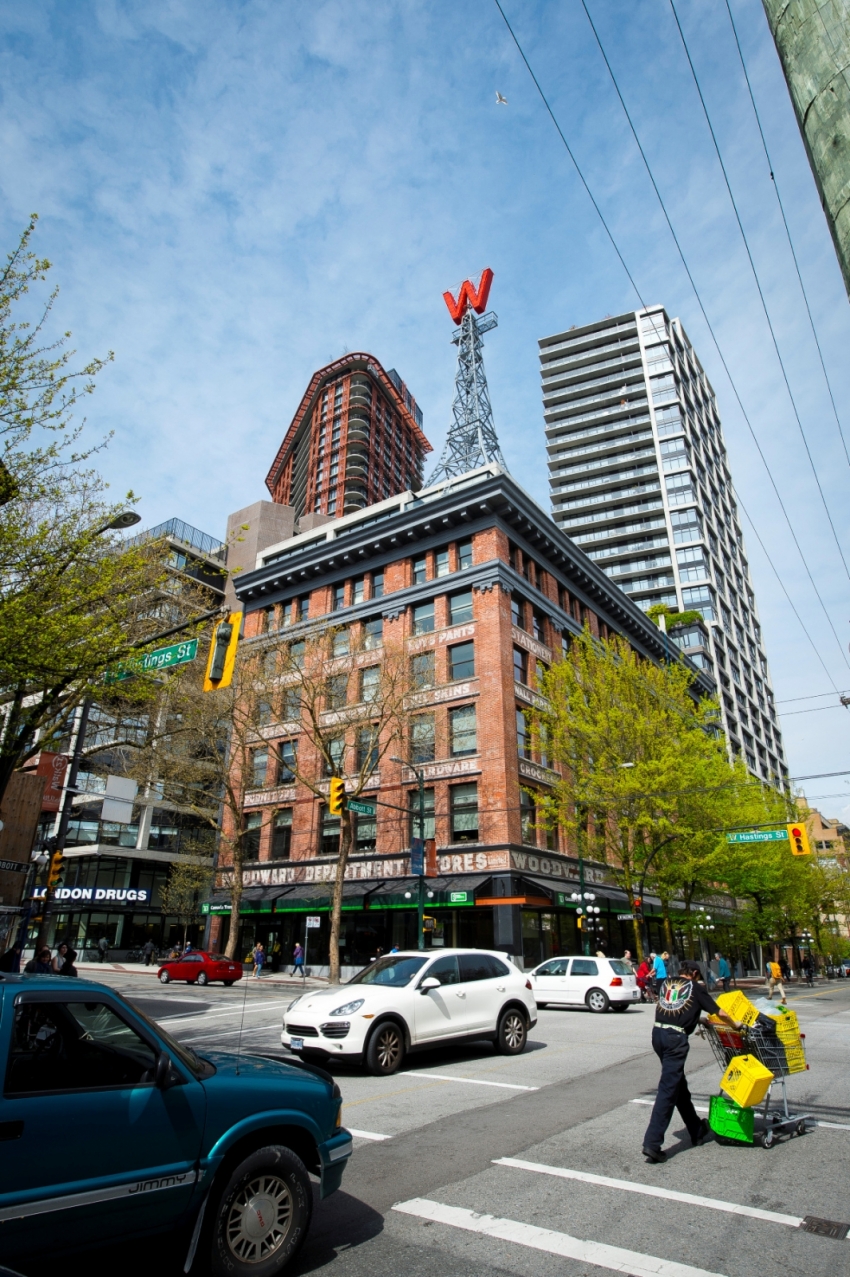 The local Business Improvement Association is reinventing how to engage with a diverse and dynamic community, with the SFU Woodward's complex at the cultural core.

Simon Fraser University alumni Landon Hoyt and Wes Regan are bringing the philosophy of Burnaby campus' radical roots to Vancouver where they are working hard to reinvent how business associations operate in the downtown core.

For the past five years, the Hastings Crossing Business Improvement Association has sought to walk the tricky tightrope of balancing and supporting the needs of local businesses with those of hundreds of vulnerable community members in the area.

The result has been a BIA that also functions as a social innovator. In addition to the usual mix of advocacy work, local cultural sponsorship (the BIA sponsors Van Queer Film Festival, the Vancouver Indian Summer Festival and CITR Festival), Hastings Crossing also hosts a bunch of events and programs aimed at engaging the local business community with (often vulnerable) residents of the Downtown Eastside.

To do this, Hastings Crossing BIA has helped pioneer a new approach to public safety.

Hoyt, the BIA’s newest executive director who took over from founder Regan last June, says the name of the game for them has been practicing what they preach when it comes to going local.

“One of the biggest budget items is safety and security. It is one of the key things our members want help on. So we decided that rather than going outside the neighbourhood, we’d stay inside it,” says Hoyt.

Through an innovative partnership with community association Mission Possible, the BIA was able to hire local people who live in the downtown eastside to help with the cleanup of needles and other detritus as well as report graffiti. Hoyt says the MP Neighbours program increased the number of eyes on the street while establishing a well-trained, competent and compassionate presence in the BIA for the benefit of businesses, visitors, and residents alike.

Colin Stansfield is the executive director of the Potluck Café, one of several hundred businesses who call the Hastings Crossing turf home.

“What Potluck appreciates about Hastings Crossing is its commitment to build bridges between different sectors of the local economy. They are building connections between private business, local social profit organizations and municipal agencies allowing a holistic approach to community building,” says Stansfield.

Hoyt says the fact the BIA’s safety teams come from the neighbourhood ensures a much more positive interaction with local residents and activists through a potent mix of empathy fostered in the understanding of having walked in similar shoes.

He says a lot of the inspiration behind this approach has been born from an engaging experience at SFU Vancouver where he studied Urban Studies and worked for the SFU Sustainability Office. During his academic career he focused on the Granville Strip and the Downtown Business Improvement Association while simultaneously supporting SFU Sustainability’s community engagement programs by running its green office and green labs certification efforts and managing its sustainability ambassadors program.