Killarney is Becoming the Silicon Valley of the VSB 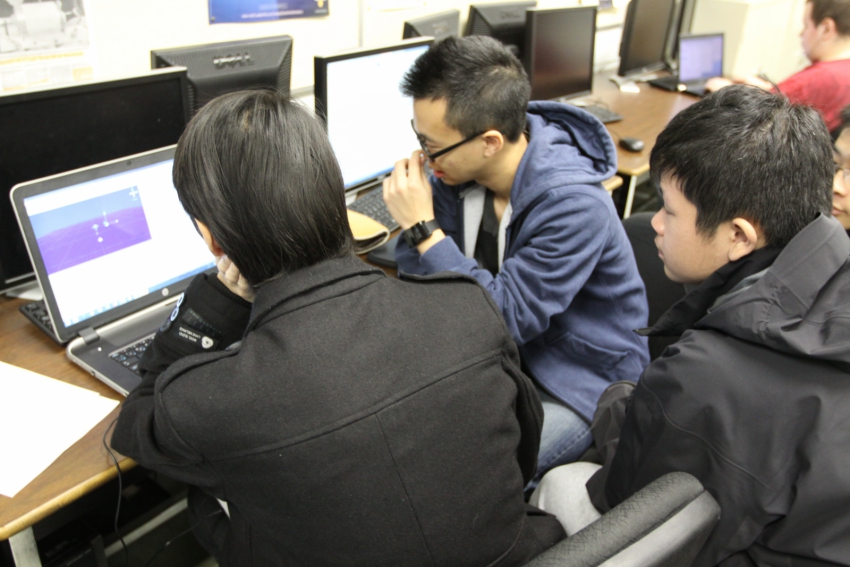 It’s December 11 and clusters of students are hunched over their computers in one of Killarney Secondary’s computer labs working on a coding assignment. They’re part of the school’s Programming 13 class, an open and independent study course for high level and independent coders looking to work on their own games and software.

Killarney teacher Seema Ali says that many of these students are working at a university level. But they’re just the tip of the iceberg.

During the international event the Hour of Code, Killarney had over 900 students building their own “Angry Birds”-like game using “Scratch” – a special language created by MIT to help young people learn the basics of programming.

The Hour of Code exercises force the Killarney students to work through logic puzzles graphically represented as mazes. A wrong “IF” statement means they start over on their code. Loops and logic statements are key to advancing.

To help facilitate, Ali has pulled in industry experts from Electronic Artswho can provide professional guidance and mentorship to her students.

For Ali, getting more students involved and engaged in programming is important. She says the lessons learned will stay with them long after they’ve left the console.

“Personally I believe all students should have a basic level of programming because it is extremely valuable regardless of what they do,” she says.”Programming requires creativity, critical thinking skills, problem solving and it can be very rewarding.”

Ali has had a lot of successes with her program. In past years, students have gone on to work at Google, Apple and RIM. Others come back to her classroom long after graduating to thank her for her instruction saying they've learned more in her class than they did when they did computer science at UBC.