Do Cities Make the Design Grade When it Comes to Supporting Women?

How would cities be different if they were designed by women? That’s the question City Conversations will tackle on Thursday, November 5 at Simon Fraser University’s Vancouver campus. 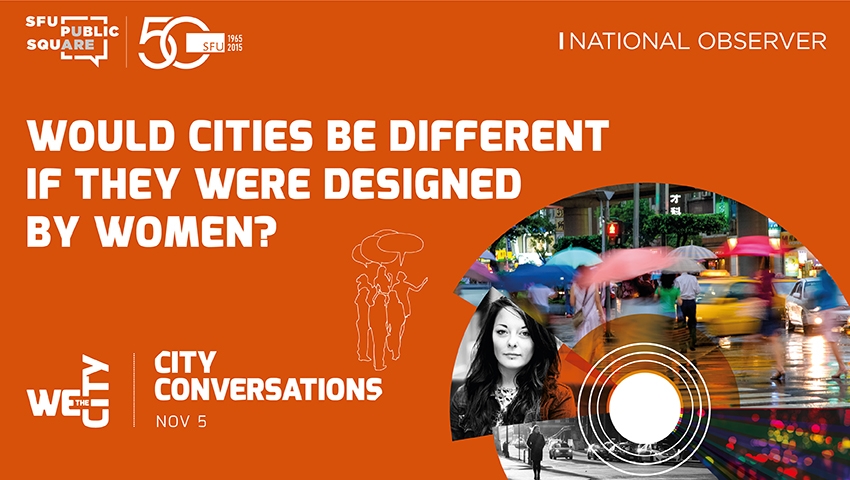 The event is part of SFU Public Square’s Community Summit and follows the Summit’s signature We the City: Evening at the Centre, held in partnership with Vancity, which will feature Buffy Sainte-Marie, Candy Chang and Teju Cole.

Next week’s City Conversations will feature Ellen Woodsworth, Carla Guerrera, and Iglika Ivanova and will be moderated by the Vancouver Observer’s Sandy Garossino.

The topic is a pressing issue and one that recently was brought to light during the federal election. This year 88 women were elected to office. It was a banner year for female representation in federal polticis, Yet, those 88 seats only represent 26 per cent of parliament. Similarly, only one quarter of all mayors and council members across Canada are women. This, despite numbers from Statistics Canada saying that women make up 50.4 per cent of the population.

“We’re not seeing cities really address the issues of women and girls either electorally or in the design of cities or in our planning,” said Ellen Woodsworth, one of the upcoming event’s panelists. “Women remain invisible and planning goes trekking along as if women’s needs are the same as men.”

A former City of Vancouver councilor, Woodsworth founded Women Transforming Cities in 2011 and advocates for cities to take an intersectional approach in policy-making and representation. This past June, Women Transforming Cities partnered with the City for All Women Initiative to publish Advancing Equity and Inclusion as a guide for municipalities to better consult women and girls in planning decisions.

The City of Vancouver is currently looking for a new city manager as well as a head of city planning. Woodsworth notes that these positions are key areas of influence and present a unique opportunity.

“We haven’t seen a woman as head of city planning since Anne MacAfee,” Says Woodworth.

“Sexual harassment on transit, sexual assaults in dimly lit public spaces, these are the risks and consequences that women face daily in our cities and men do not,” she says.

Guerrera, named one of Vancouver’s Top 40 Under 40, says that designing cities that work for women is not new. Considering women’s needs in city planning, also known as gender mainstreaming, emerged in the mid-90s. But she stresses that while female representation in government is important – bringing women into planning consultation is just as vital. “When we hold public meetings for development proposals or City planning work, how often do you get young mothers to attend?”

“It’s not to say that men can’t represent the interests of women or their issues,” said Iglika Ivanova, the third panelists set to discuss this important topic. “They just usually have to try harder to do it.”

Ivanova is a senior economist with the Canadian Centre for Policy Alternatives. In a recent study, the CCPA analyzed how women are faring in five key areas in Canada’s biggest cities and found that when it comes to pay, jobs, and safety, women are still not treated equally.

“I think we have to have more conversations about it and agree that it’s something that we want to change and it’s an important issue,” she says

You can contribute your thoughts to City Conversations on November 5, 2015, at Harbour Centre. SFU Public Square’s 2015 Community Summit runs from October 30 to November 7. Click here for more information or to register. 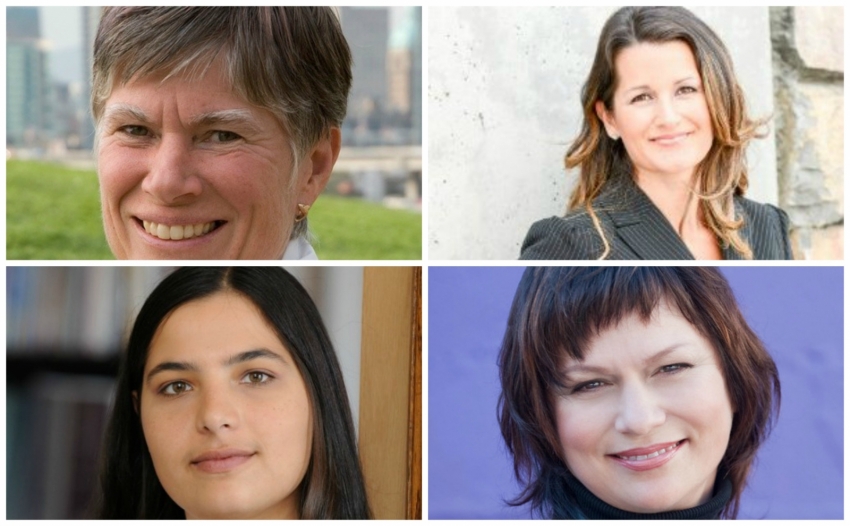 We the City Community Summit explores the power of cities