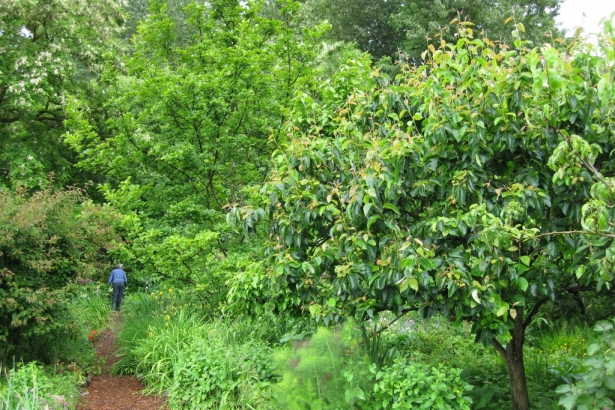 Sometimes a bad idea just won’t go away. Though Vancouver’s future has been looking a lot greener lately, with the expansion of bike lanes and improved municipal composting, I was dismayed to learn that a city-proposed road expansion is threatening to wipe out Cottonwood Community Gardens, one of the Vancouver’s best-known examples of citizen-initiated urban greening. As a founder of Cottonwood, twenty-one years ago, I have fought this fight before.

Back in 1991, I started a campaign with a rag-tag group of East Vancouver residents to take over a three acre strip of city land on the southern perimeter of Strathcona Park, which had become a study in urban blight. The city had stopped enforcing anti-dumping bylaws in this industrial neighbourhood and mountains of jettisoned construction debris, landscaping waste, rotten furniture and junked cars were continuing to accumulate on the property with no end in sight, accompanied, unsurprisingly, by an increase in the rat population and the incidence of petty crime.

Tired of this officially sanctioned neglect, our little group of volunteers rolled up its collective sleeves, borrowed some wheelbarrows and shovels and got busy. With an enormous amount of hard work and a sense of community pride, we gradually transformed this unprepossessing piece of urban wasteland into an award-winning public garden and arboretum. It is without doubt one of the things in my life I am most proud of having done.

We called the place ‘Cottonwood Community Gardens’ as a nod to the giant cottonwood trees that tower over its northern edge, their rustling foliage a reminder of the area’s rich ecological past, when it was the marshy edge of False Creek, which once extended as far east as Clark Drive.

When word of our initiative got up to City Hall, we were informed that City Engineering had made plans to turn the dusty lot into a heavy equipment training area, despite being right beside a major park with heavily used playing fields, to which the dust churned up by the machinery would surely have drifted.

But those were the days of ‘recreational apartheid’ in East Vancouver, when the right-wing, Non-Partisan Alliance dominated city council and played favourites with the prosperous areas of the city that voted for them while turning their backs on neighbourhoods (like ours) that didn’t. The NPA dominated Parks Board was at that time busy assembling million dollar beachfront properties for parks in Point Grey and Kitsilano, while neighbourhoods on the East Side had to grovel to get broken teeter-totters replaced in their over-used inner-city playgrounds. 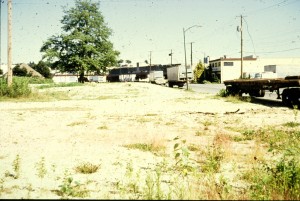 What we started out with 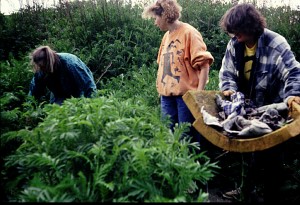 And if that wasn’t enough reason to continue with our intervention, a friendly Vancouver Sun reporter had tipped us off that City Engineering was quietly hatching a plan to build a major new truck route through the nearby Grandview Cut and run it right through this ignominious little property, funneling yet more smoke-belching transport trucks into our already polluted and congested environs.

Clearly City Hall was making some terrible decisions at the expense of the neighbourhood, so we needed to act fast. Whatever automatic legitimacy they may once have had was eroded by the pernicious neglect with which they treated the area, offering it up as a kind of sacrifice zone for their 1950′s vision of a vehicle-dominated city.