As Vancouver gears for Game 7 in the Stanley Cup playoffs, fans say a Canucks win at Rogers Arena tonight will  lead to celebrations larger than those of the 2010 Olympics. Victory feels so close, they can taste it.

"The jubilation I am going to feel will be bigger than when we won gold," wrote one fan on the popular Hockey Forum website. "Good chance I'll be passed out on the street, face down on Robson."

Even the Canucks players suggest that there could be more at stake in tonight's game than during the Canada-US gold medal match in the 2010 Olympics.

"It's tough to compare the two, but I think one difference is I've got 18,000 [fans] on my side this time and an entire city and country," Ryan Kesler told press on Tuesday after the Canucks' final practice.

"The Olympics was a great experience, but I've seen what these guys have worked so hard for all year. As a team, as a family, we want this really bad," he added.

Some fans hold faith to the direct connection between Olympic glory and the Stanley Cup.

"Canada has won the Olympics before, but Vancouver has never won the Stanley Cup. The Olympics were great for national pride, but winning the Stanley Cup is much more meaningful because of our Vancouver pride," said Crystal Thomas, a born and raised Vancouverite.

If Vancouver takes home the Stanley Cup, it would be the first time a Canadian team has won the playoffs in 18 years, with the last team being the 1993 Montreal Canadiens. Since then, four teams have reached the Stanley Cup finals, all of them defeated by an American team.

Friday's Game five drew around 100,000 people downtown, while just 35,000 watched the Canucks lose to the Bruins in Boston Monday. Tonight's crowd is expected to be the largest yet. 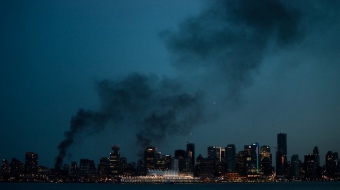 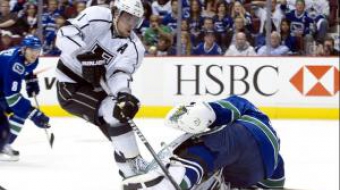