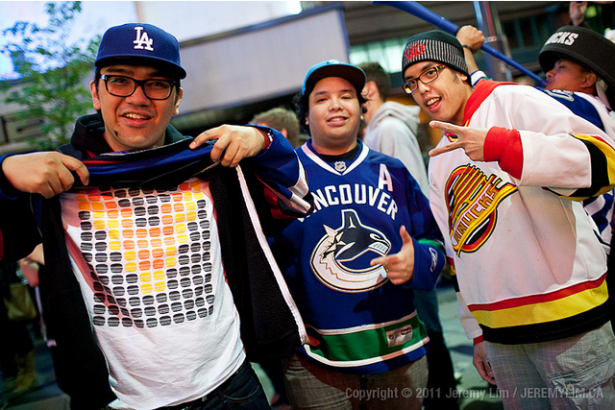 Tonight's Stanley Cup Game 5 crowds in the streets of Vancouver are expected to be the biggest yet.

In anticipation of the Canucks-Bruins show down, Georgia Street will be closing at noon. Three large viewing screens:  one at Georgia and Hamilton, one on Hamilton near Robson and another situated on the side of the CBC building.

And with each home game, city officials say the cost of Vancouver's Canucks fever keeps rising.

The city is spending $110,00 each game to provide live sites downtown, which includes fencing and the  screen televisions.

The total bill is expected to be $680,00 if the Canucks-Bruin struggle continues to game seven. These funds apparently don't include police costs. The Vancouver police estimate they will spend an additional $650,00.

At a meeting next week, City Hall is to debate whether or not to open its reserve funds to pay for the live sites.