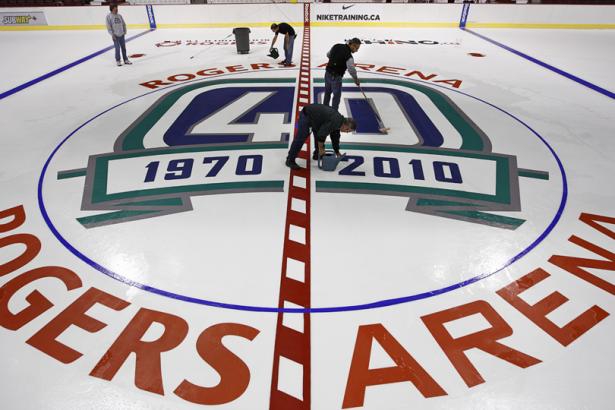 In its 40th regular season, the Canucks have been statistically dominant in every relevant regular-season category-- goals for, against, power play, penalty kill, face-offs-- you name it, we’re probably on top.

But hockey players remark that there are many seasons, each unpredictable in its own way, a year in the NHL calendar: the regular season, the first three rounds of the playoffs, and the Stanley Cup Finals, which, in all of its seven-game glory, constitutes its own stratosphere of intensity.

Anything less than success in all three is a disappointment to this year’s Canucks and their city.

Fitting, then, that the Canucks will be pitted against our playoff nemesis Chicago during the first round of the 2011 playoffs, when Vancouver will either exorcise its demons or sink to the bottom of Burrard Inlet, three years’ worth of gorilla anchoring our beloved Orcas to the sea floor. 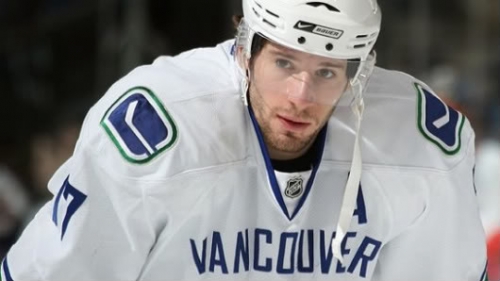 Can Ryan Kesler find his scoring touch in the playoffs?

Forget the Sedin Sisters, this year’s biggest question mark is the playoff performance of 41-goal scorer Ryan Kesler, who two years ago only pitched in four points in ten games and last year was still under a point per game, including only two points in the last five games against Chicago. Lifting a heavy offensive burden this season, Kesler needs to relieve some of the scoring load of the Sedins for the Canucks to make a deep run.

A veteran presence and defensive specialist, Manny Malhotra would have given the Canucks the best C corps in hockey were he not seriously injured in a freak accident in mid-March. Recovering well, he will be sorely missed especially during key defensive draws and on the penalty kill, with Mason Raymond filling in admirably in the team’s final regular-season games and call-up Cody Hodgson practicing on the third line today.

Can the Sedins shake Keith and Seabrook?

Last year’s Norris winner Duncan Keith and Richmond native Brent Seabrook wreaked havoc on Canuck forwards the last two years and, while Keith has had an off-year logging heavy minutes with little rest after his elongated 2010, the twosome remains one of the most potent pairs in hockey. If they keep their legs moving, close off time and space and shut down the twins’ sedinery in the corners, Luongo is going to have to stand on his head to steal some 2-1 games. 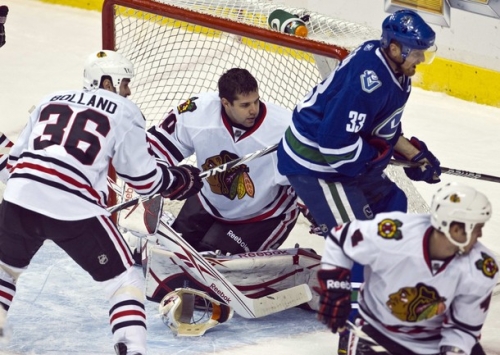 The rook in net
Vancouver—at least the city if not the players—underestimated rookie Antti Niemi in last year’s playoffs just to see him burn us for our judgment come May. This year, Chicago rolls into the spring with the rookie Corey Crawford between the pipes, who has played solidly if not spectacularly for the ‘Hawks all season. Should he falter, Coach Q will have the luxury of turning to a pretty dependable backup: Canuck-killer Marty Turco.

The Canucks’ healthy blue-line is the deepest in the NHL and, on paper, remain the team to beat. The team’s only Cup-winner, Mikael Samuelsson, was not on the ice for practice today, underscoring questions about the team’s playoff experience. The Canucks won’t cruise, but should be good enough to beat the defending champs less ten players from their Cup-winning team. Prediction: Canucks in six.

High-flying Ducks
This time last week, Anaheim looked to be in danger of missing the playoffs. Having gone on a lightning tear, led by 50-goal scorer Corey Perry who will likely snatch the Hart Trophy from Daniel Sedin in the season’s closing weeks, and the ageless Teemu Selanne, the Ducks have home ice advantage in the first round and are the dark horse in the West. Their fortunes rely on their netminder, who after multiple injuries looks to be Dan Ellis.

Flightless Penguins
Dan Bylsma has gotten a lot out of a depleted Pens roster all season, but one has to think that his fortunes will run out soon. Unless Marc-Andre Fleury continues to steal games against the star-studded Lighting forward corps, the Pens are going to continue to miss Sidney Crosby and Evgeni Malkin, neither of which are expected to play in the first round.

The Olympic Blessing
The 1980 Winter Olympics were held in Lake Placid, New York. In 1981, the New York Islanders won the Stanley Cup.

The 1976 Summer games were held in Montreal, and the 1977 Montreal Canadiens wound up NHL champs.

Astonishingly, Calgary was host to the 1988 Winter Games and the following year, the Flames won their Stanley Cup.

The road to Stanley for the 2010 host city runs through Chicago. 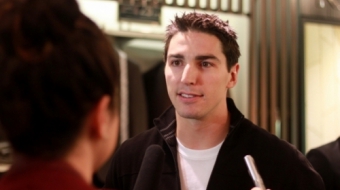