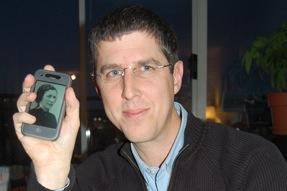 VO: How did you get from managing the Granville Island Starbucks to becoming a sought after leadership coach and consultant?

BALIN: I have an MBA from the Kellogg School of Management at Northwestern University. I was in consulting and product management and then took a big detour professionally and went into retail management. I wanted to start my own business and in doing my own research, I fell in love with the guiding principles of Starbucks, which first and foremost emphasizes respect and dignity. So I went to work in retail management as a store manager.

VO: Not the usual job for an MBA, I suspect.

BALIN: This was a huge departure from what traditional MBAs do. A lot of people called me crazy. But I knew I was following my values and making decisions based on values and not on what society thinks I should be doing, or relatives, or anyone else.

The whole experience was a blast. In four years I never had a Monday-morning and it was because I chose the job based on the things I really cared about, my values.

VO: What do you find are the primary things on your clients’ minds? What are their greatest concerns?

BALIN: They are concerned about what we call in coaching, “the small-a agenda” and “ the big-A agenda.” People come to coaching often for a business-related concern, but ultimately what we get to is their big-A agenda.

VO: What are the Big-A Agendas?

BALIN: Ultimately I think people want to make a difference and I think the people that I really click with have a sense of their own mortality. I say that in the most positive way. They know that time is limited.

VO: So they have some perspective on the preciousness of time.

BALIN: Yes. It’s not just about coasting along and accumulating more goodies and toys along the way for my clients. I don’t work well with people who come to me just to get a promotion. There has to be something more urgent and important at stake. I think that’s the real big-A agenda, that people have a sense of their own mortality and want to do something meaningful, something with integrity. Something they can be proud of.