Jason Mogus and the Web of Change 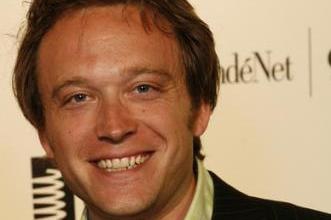 Jason Mogus convenes  the Web of Change conference at Hollyhock Educational Retreat Centre. He talked with VO earlier this year about technology as a force for improving the world.

Linda Solomon: You are CEO of Communicopia and a major force in the field of social media, technology, and social change. What does your business do?

Jason Mogus: We help organizations create an online vision, by understanding how they can bring their whole organization online, not just a part but the whole. Then we help them understand what opportunities are appropriate for them. Organizations often don’t know how to start, they don’t know what particular flavour their web usage should be.

Solomon: So you ask the right questions?

Mogus: Yes. Who am I? Who do I serve? What do they need? And then we do a lot of capacity building internally around systems and around people and culture change. Because the way most people manage web functions is faulty. It’s either a tactical silo, which misses opportunities, or it’s ungrounded. People tend to think that if they can think it, they can do it. You wouldn’t think you could build a seventeen-story building, just because you get the idea.

Solomon: So you know a lot about the web and all forms of connectivity. Is the way we connect with each other online as real as sitting in a sauna and talking?

Mogus: For the rapid spreading of ideas, for following emergent trends and understanding ultimately where we’re going, the web is the most powerful medium we’ve ever seen. Tielhard thinks we’re heading toward one humanity. He said, ‘We are one, after all, you and I. Together we suffer, together exist, and forever will recreate each other.”

Solomon: So the internet is helping us become one?

Mogus: It appears that the human species is evolving towards higher levels of consciousness and awareness through more connectivity. We can feel things that are happening on other sides of the planet as they’re happening.

Solomon: Still, I wonder, if it happens in virtual reality, is it real?

Mogus: I can tell a story about my daughter Estella's passing. We wrote an email that we sent out through our community and eventually updated a Facebook status around grief and loss and the sharing from the community. The only thing that really helped in that time was for people to be open and present for us in our grief. There’s nothing that anyone can say or do, but what truly helped was for people to show up and be devastated.

'Don’t worry you’ll have another baby' wasn’t helpful, or ‘oh my god’ wasn’t helpful, but people being open, present and fully in their grief did help. We had hundreds and hundreds of messages through Facebook and my wife, Laura, fell in love with my Blackberry at that time because she was able to see these messages pouring in.

Solomon: So, the virtual world and the real world came together?

Mogus: Yes. Our community showed up and was really present. It wasn’t shallow. It was very deep. And it helped us move through the world afterwards, because we didn’t have to tell our story. Everyone already knew our story.

Mogus: Somebody said that Facebook is for people you used to know and that Twitter is for people you want to know. A lot of people are using Twitter. You can follow authors, politicians. Vancouver Mayor Gregor Robertson does his Twitter posts and Toronto Mayor David Miller does his.

Solomon: It sounds like a revolution. What’s going on here?

Mogus: Ultimately what’s going on here is that people have tuned out to traditional media and traditional institutions. People have been over-marketed and they know they’re being manipulated.

Solomon: So, you’re saying they want something that is more straightforward than traditional media delivers?

Mogus: I think people crave authenticity and meaning and connection. I know I do and that’s what has been driving my work for the last 15 years--- helping people connect with more people, reach more people, engage with more people and bring more resources and ideas to solving the biggest problems of our time. The web is this extremely effective inexpensive and powerful way of doing that.

Solomon: Every year, you convene a conference for people in the web world called Web of Change. What is it?

Mogus: Web of Change has become an important convener of the social media, tech, and social change movements in North America. We started off small, with 28 people coming to Hollyhock for our first event, 10 days after 9/11, and had two sold out gatherings on both sides of the continent last year. And we’re not a real organization, we’re a convenor of a community. Light footprint, big impact.

Solomon: What are the ramifications of these events?