Chinese Canadians who fought in Canada's armed forces -- despite being denied citizenship -- are recognized this week in a new photo display. 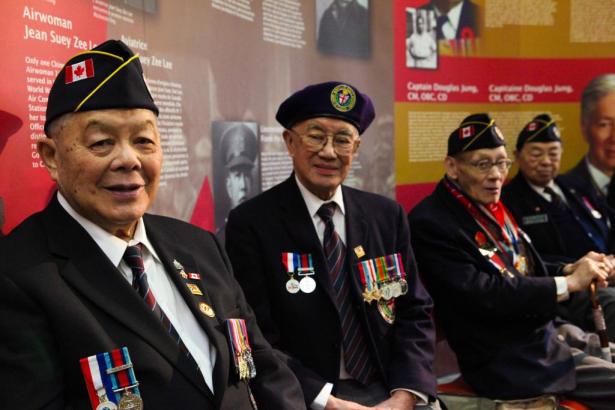 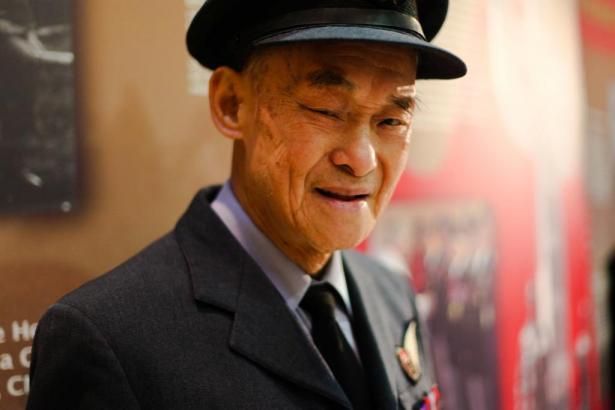 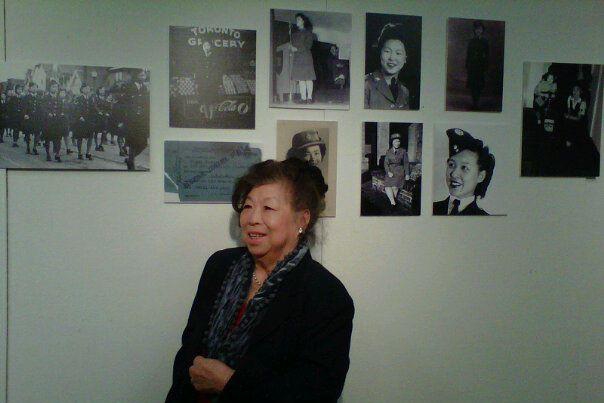 Nearly 100 people packed into the exhibit launch of the multi-room archive of photographs, anecdotes and documents – titled Chinese Canadian Veterans: Loyalty to Country – today at the Chinese Cultural Centre. Roughly a quarter were veterans themselves, many of whom guided visitors around the exhibit and shared their stories of both heroism and discrimination.

Fighting for Canada, excluded from citizenship

“Even when we were born here, we were not Canadian citizens,” air force veteran Gim Wong told the Vancouver Observer. “That's also tied to the Head Tax situation which had been brewing for a long time.

“My status in the Air Force was 'alien,' with 'ally' in brackets... I could have fought and died for Canada, they wouldn't have noticed at all – just another airman killed.”

Wong, like many veterans attending the federally funded event, wore his original RCAF uniform, maintained in crisp condition and adorned with medals and honours. In 2003, he represented Chinese Canadian veterans at a World War II commemoration in France. 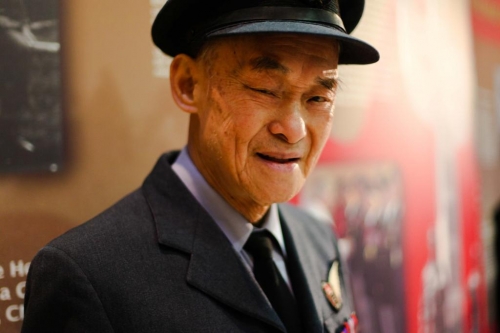 Several current Chinese Canadian members of the armed forces also attended, and said the event and display is important to recognize the community's history and contribution to Canada. Commander King Wan – a Canadian Forces B.C. liaison officer and former commander of HMCS Discovery – said that serving in the war forced Canada to grant citizenship rights to Chinese Canadians.

A history of racism and discrimination

“However, prior to that becoming official, many Chinese Canadians had joined individually – in smaller towns, nobody said, 'Oh, you can't join.' There was a discussion in Chinatown as to, 'Should we join or should we not join? Why are we fighting for a country that doesn't recognize us?'”

Wan and many others at the exhibition launch described the racism and discrimination experienced by the Chinese Canadian community – including the “head tax” on immigrants from China and laws excluding Chinese people from many professions.

“Even if you went to university and got a degree in law or medicine, you could not practice,” Wan explained. “They would not let you practice your profession – you were excluded.

“But after many discussions, (the community) said, 'We are Canadian. We want to serve. We want to help our country.' They decided to go – and not only that, but once we joined, we knew when we came back, we'd have a better argument to get full citizenship. It's because of them that we are now able to have the full franchise of Canadians – of being full citizens of the country.” 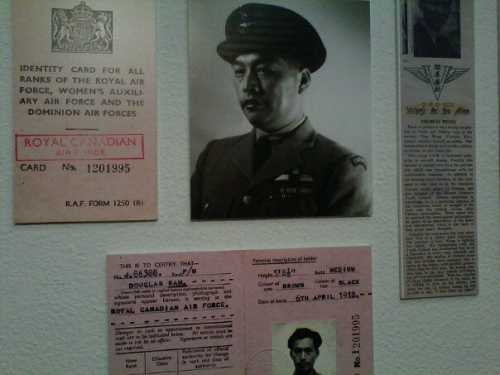 Politicians – from federal to municipal governments – addressed the packed crowd.

“This is an important archive, which demonstrates our government's commitment to preserve the real heritage of our diverse communities and their struggles,” said Wai Young, a Conservative Member of Parliament for Vancouver-South. “For over 150 years, Canadians of Chinese heritage have contributed towards building Canada. However, Canada hasn't always embraced our community.

“Without a doubt, this was a dark chapter in Canada's history... This is why when Prime Minister Stephen Harper rose in the House of Commons in June 2006 to acknowledge these wrongs done to the Chinese Canadian community, many of us from across Canada made that journey to be in Ottawa. I personally will never forget that day. So many of us had tears.”

Vancouver councillor Kerry Jang also spoke, and said he was inspired his son was interested in learning about the history of Chinese Canadian veterans – he hoped the exhibition would be a step towards preserving the memory of veterans.

“Although we've talked a little bit about the rain today, and everybody coming out here, I look at our veterans ... and I know they put up with a hell of a lot worse weather when they were serving our country in South-East Asia,” Jang told the audience. “Chinese everywhere have fought for the cause of freedom – this is a day to celebrate but also to remember.

“When the war came, that was the time to prove that they wanted to be Canadian.”

The Chinese Canadian Veterans: Loyalty to Country exhibit will be on display at the Chinese Community Centre (50 West Pender St.) until Friday.