As a year of revolution and social change comes to an end, the Vancouver Dalai Lama Center stays focused on promoting universal values of peace and education. 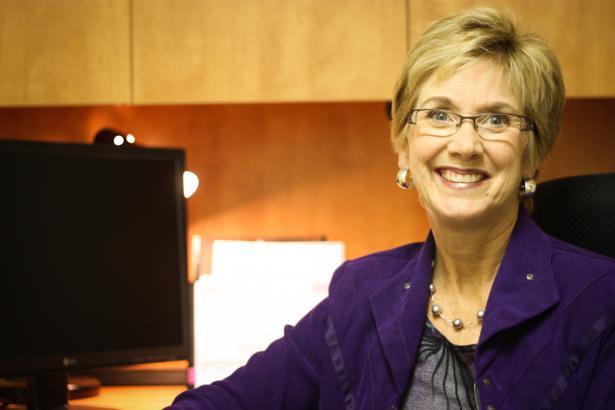 Lynn Green, president and CEO of Vancouver's Dalai Lama Center for Peace and Education. Photo courtesy of the DLC.

World peace is on a lot of people’s minds over the holidays, but at Vancouver’s Dalai Lama Center, it’s a universal value that remains in the spotlight all year long.

“We are a center for peace and education, and the belief is that education is a way for people to really explore those values,” said the Center’s president and CEO Lynn Green.

A former teacher and administrator with the Vancouver School Board, Green has always had a passion for learning. So when offered a chance to move in the non-profit community with a focus on education and personal growth, the transition was a no-brainer.

“It just really resonated with me as an opportunity to continue that focus on people’s learning and development, and focusing more specifically on social and emotional development,” she said.

Despite the worldwide renown of His Holiness the Dalai Lama, many in Vancouver aren’t familiar with the local Dalai Lama Center and what it does. As Green explains, the Center is a secular and non-political charitable organization dedicated to fostering compassion and “educating the heart”.

Using the Dalai Lama’s core values of peace and kindness as a jumping off point, the organization offers a number of programs and educational sessions. The most popular is their ongoing Speaker Series, which invites experts, psychologists and social scientists to explore key themes like empathy or happiness.

According to Green, the Speaker Series has received a great response from the local community, often selling out the events held at various venues around the city.

“I really see a tremendous interest and commitment amongst people in different sectors, in their desire to create change so that we really build on the desire for peace, and the desire for compassionate, supportive, interconnected communities,” she said.

“When the Dalai Lama came to Vancouver in 2004, and then 2006 and 2009, that was what drew him to Vancouver and to British Columbia. It was the sense that there was a real desire to connect what we understand and know intellectually to this idea of educating the heart.”

Though she has never met the Dalai Lama herself, Green uses his teachings as inspiration for her work. And today, in a time of global revolution and social change, she says the key values of peace, knowledge and compassion are more important than ever.

“There are a lot of good people who are really putting their interests and energies into supporting this direction, so that change can happen.”

The next Speaker Series event, scheduled for late January, will feature developmental psychologist Dr. Adele Diamond in a conversation about nurturing mind, body and spirit. Like many of the other sessions, it will speak to adults but address ways to introduce these ideas to children and youth – in essence, developing a new generation to press forward with the Center’s goals.

In addition to the Speaker Series, Green looks to one of the organization’s other initiatives – the Centre for the Advancement of Heart-Mind Education (CAHME) – as a way to bring parents and educators together to discuss healthy social and emotional development. The Dalai Lama Center is also planning to engage young people directly, through a forum next spring in cooperation with Free the Children and the Simon Fraser University Centre for Dialogue.

“We’re primarily, in our Speaker Series, targeting adults. But we’re also engaging youth in some ways as well,” said Green.

For 2012, she says the Center will continue building on their mission and attempt to reach as many people as possible. The six-year-old organization currently operates out of a small office space, but Green says a move to a more inclusive facility is also in the works for the next year. But like any non-profit hoping for growth, they’re always in need of community support.

“Throughout the year we’re encouraging support through various means,” she said, noting various ways to contribute through donations, volunteering or buying tickets to Speaker Series events.

With help from individuals, as well as generous contributions from groups like the Gwyn Morgan and Patricia Trottier Foundation, the Dalai Lama Center is able to keep providing a valuable platform for personal and social development.

“It’s sort of translating that into activities and ways to engage and explore that individually as well as within their communities, and globally as well,” said Green.

To read more about the Dalai Lama Center or to make a donation, click here.