Vancouver to press for increase in late-night bus service

City can argue its case, but the decision sits with TransLink. 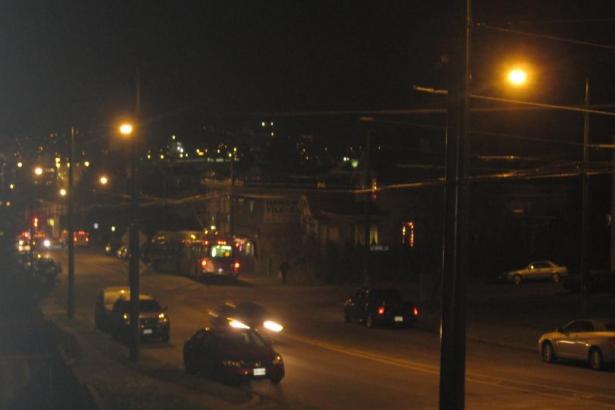 Today, the mayor’s office announced plans to support the motion when it goes to council next Tuesday, and to work with TransLink to develop a strategy within the existing budget.

According to one TransLink spokesperson, it’s something the transit network has been trying to step up over the past few years.

“Since we brought back late night bus service – or actually, more properly ‘early morning’ bus service – in 2003, we’ve steadily increased it over the years,” he said, pointing out that a number of routes had been added to the current night schedule.

“We’ve done this before, and certainly the request from the City of Vancouver is something that we’ll have a good, close look at.”

The motion put forward by Meggs aims to reach groups most affected by limited service at night, including students and workers in the entertainment industry.

Organizations like the Bus Riders Union have been pushing for more late night service for years, and the increase in service back in 2004 came partially as a result of this pressure from the public.

And in the end, the decision to adjust service isn’t simply up to the city. As Vancouver’s representative on the Translink Mayors Council, Robertson can work closely with transit officials to develop options, but any service changes must be carefully thought through by the transportation authority, since they could result in shifting service in other areas.

“At any one time, there are all kinds of opportunities for TransLink to change services, add, expand – all of those things,” the Translink spokesman explained.

“So they have to be looked at as to what you can do within the monies you have available, and you have to set priorities.”