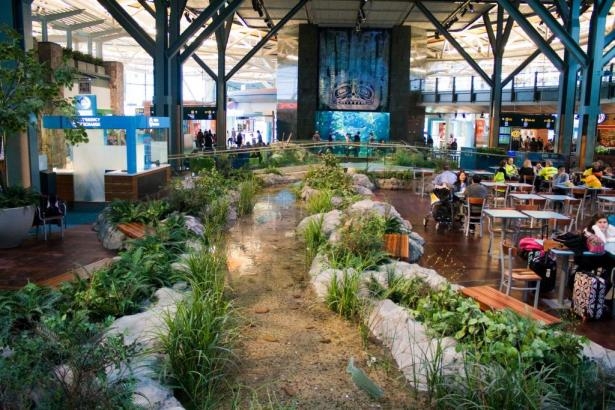 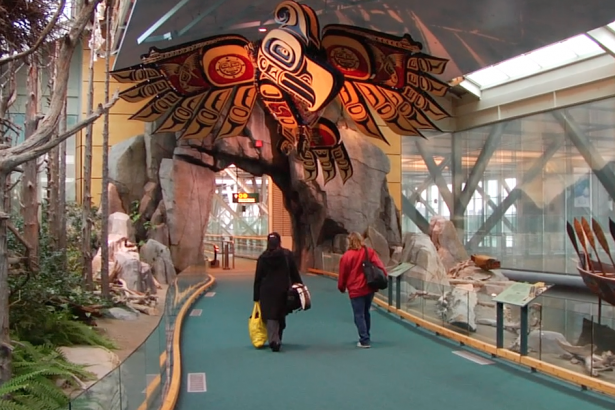 There's a lot you probably don't know about the Vancouver International Airport. Like the fact that you can get botox treatments at the dental office pre-security. Or that scientists study mating eels in the international terminal. Or that $25 gets anybody access to a "premium" lounge, complete with a bar, "nap rooms" and showers.

Curious? Thought so. If you've ever wondered about the best place to sneak away for a nap during a layover, or where to get a coffee at 4 a.m., this is the guide for you.

The Vancouver Observer asked YVR Communications Specialist Lara Gerrits and Service Manager Chris Gilliland to share some of the airport's coolest features and hidden amenities. So the next time you fly, here's how to make the most of your experience.

If you’re heading to YVR from somewhere in the Lower Mainland, there are a number of options to make your way there. Getting dropped off at the curbside area is great, if you have the luxury of a vehicle and someone to drive it. But for many of us, public transit is a necessity for getting around the city – and a trip to the airport is no exception.

The Canada Line, the new rapid transit system connecting the airport with downtown Vancouver, is by far the fastest and most convenient way to make the journey. From the terminus station downtown at Waterfront, it takes exactly 25 minutes and 30 seconds to reach the platform at YVR. From Broadway Station, it’s more like 20 minutes. And if you’re coming from somewhere further south, like Oakridge Mall or 49th Avenue, your trip should only be about 12 or 15 minutes.

Because the trip is so short, travelers can actually consider leaving the airport to head downtown during longer layovers. There are baggage storage services outside of security so you can leave your luggage and take off to explore, even if you only have a few hours.

The tricky thing about taking the Canada Line is the somewhat confusing system around fares. When you’re coming to the airport from downtown, you are required to pay a regular “2 Zone” fare of $3.75 (for adults). But if you’re leaving from the airport and heading downtown, there’s a $5 “YVR AddFare” that hikes the trip cost up to $8.75.

Even with the added fare, the Skytrain method is much cheaper than taking a cab. According to Myra from YVR’s Curbside Operations, a taxi downtown can cost anywhere between $30 and $35. There are also shuttles available to take you into the city, at the reasonable price of $14 (one-way) or $25 (round trip) – but don’t forget to tip the driver.

Parking can be quite expensive, at $8.50 per hour and over $100 to leave your car for a week. If you’re feeling energetic and want to try biking to the airport, that option is available as well. It may not be too practical with your 50 lb. suitcase, but the YVR website goes over a few key bike routes for cycling to the airport’s home on Sea Island.

One of the biggest concerns most people have while traveling is arriving late and missing a flight. Airlines give passengers information about how early they should plan to arrive at the airport, and they tend to schedule layovers and connections that accommodate the time it takes to get from one gate to another.

That said, we all know planes aren’t always on time. A mad dash through the international terminal can be a very unpleasant experience, but sometimes making your next flight is worth the momentary distress. While the airport itself has little control over delayed landings or difficult connections, YVR has created a really helpful map – including timed walking distances – that may help you get to your gate on schedule.

For instance, it should take you approximately 24 minutes to get from the farthest domestic gate to the very end of the international terminal. The farthest possible distance from a domestic gate to one in the US terminal should take about 25 minutes, but you’ll have to budget extra time to go through the additional security checkpoint.

The International Air Transport Association (IATA) publishes minimum connection times for airports around the world – including YVR – and airlines use these to set their schedules. According to their guidelines, connection times should be as follows:

Domestic to US: 60 minutes