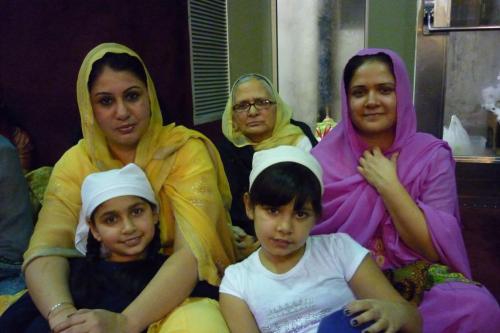 The mark of a new year is a time for celebration. Amongst the many parties, many opt to welcome the new year in a more spiritual way. Every year, many Sikhs all over the world celebrate the coming new year by attending New Years' Eve cermenonies held at various local Sikh temples, known as the Gurdwaras.

For those unfamiliar with Sikhism, it was founded in fifteenth century Punjab on the teachings of Guru Nanak Dev and ten successive Sikh Gurus. Currently, it is the fifth-largest organized religion in the world and the principal belief of Sikhism is ik onkar, meaning there is one or universal God.

This is a story in pictures of how the New Years' Eve ceremony is conducted every year at the Sikh temple. 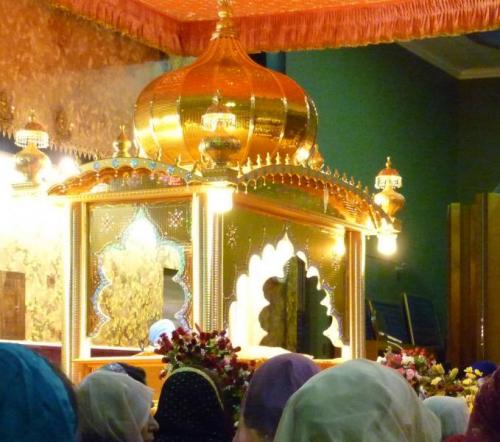 The Guru Granth Sahib is always raised while the congregation sits on the floor. However, before seating on the prayer hall floor, all Sikhs remove their shoes, cover their heads and bow before the Guru Granth Shahib as a sign of respect.

During the duration of the New Years' Eve ceremony, Kirtan, a call-and-response chanting, is performed. It consists of chanting hymns to the accompaniment of traditional instruments such as the harmonium as pictured below.  As it gets closer to midnight, the chanting gets louder and more vibrant as the excitement of a new year dawning takes over all. 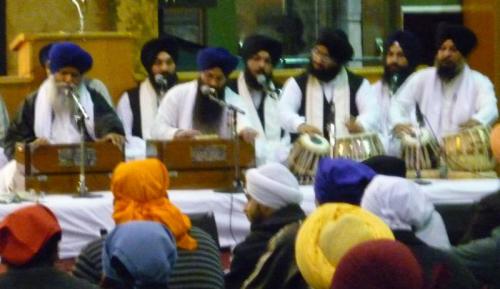 Immediately following midnight, the ardas, a prayer, is conducted. The ardas is recited by one member of the assemblage, while the rest of the congregation stands with hands crossed, facing the Guru Granth Sahib. At the completion of ardas, the congregation bows down. The content of the prayer is to unite the congregation and to showcase the degree of faith present in each person. 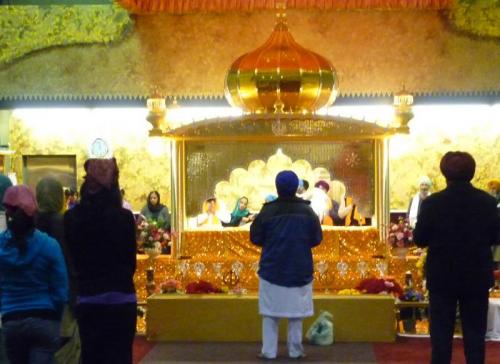 At the end of all ceremonies at the temple, including the New Years’ Eve ceremony, Langar, a free, vegetarian-only food is served. Langar is open to all,  Sikhs and non-Sikhs alike. This reflects the free kitchen established by the first Sikh Guru, Guru Nanak Dev Ji, in the attempt to create equality between all, regardless of religion, caste, color, creed, age, gender or social status. 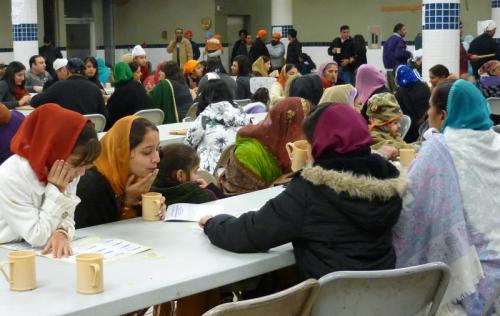 All the preparation, cooking and the clean up is carried out by volunteers known as Sewadars. 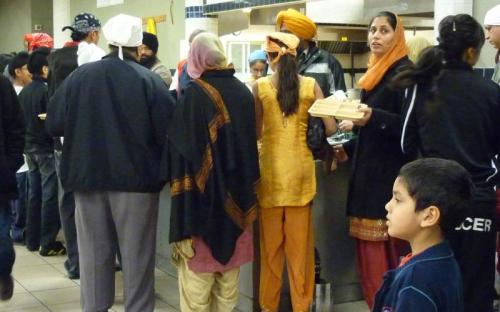 As with the Langar, the Gurdwara is open for all, regardless of one's background. I encourage all who are interested to visit your local Sikh temple and enjoy the spiritual experience that I have been so privileged to experience.