Present facility can relocate, but no increase in local gaming without public consultation. 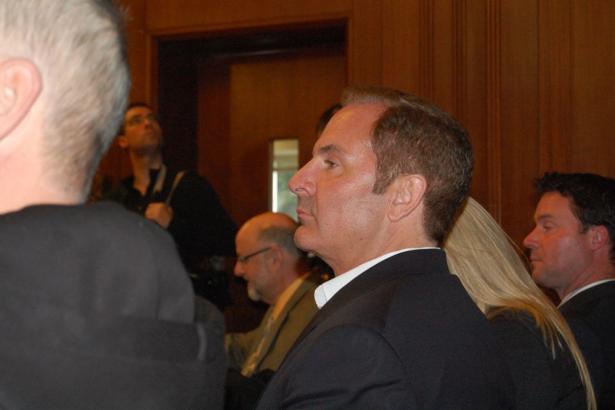 "I personally do not believe the expansion of gambling is right for the future of Vancouver," Robertson said.

His motion called for a moratorium on further gambling expansion without "comprehensive public consultations." He said that that the current Edgewater casino would be allowed to relocate to a site other than the one next to B.C. Place Stadium, where it had been suggested, but not expand from its current size.

Coun. Ted Stevenson supported the mayor's motion, saying he had felt "betrayed" when he heard about the casino expansion proposal. Stevenson said he had thought a previous vote on the Edgewater casino would be the last time he would hear about it, and he applauded the citizens who organized to oppose the casino.

In the back room, onlookers expressed surprise about the decision. "I'm very impressed with Gregor. I think it's a very clear and right-headed decision," said Vancouver resident Darrell Zimmerman.

"I'm disappointed, but we will continue to stay committed to our employees," Menke said. He had no answer about whether the current casino might relocate.

"It's a decision by city council, and we respect that," said B.C. Lottery Commission president Michael Graydon. A lack of information from BCLC was cited during today's debate as one of the main reasons why the casino expansion was rejected.

Sandy Garossino of Vancouver Not Vegas, a non-partisan opposition to the casino expansion, said that she was "tremendously relieved" with the decision and suggested that the looming November municipal election may have been a factor in the vote. "I'm sure that the 33 to 39 per cent of people 'strongly opposed' to the casino (and over 50 per cent opposed) were taken into consideration," she said.

Paragon Gaming’s original proposal, which would have seen it partner with the B.C. Pavilion Corp. in a development that would be attached to B.C. Place, included two hotels and casino with 1,500 slot machines and 150 tables – which would have made it the largest Canadian casino west of Ontario.

As the raucous public hearings drew to a close last week, PavCo chair David Podmore tabled a compromise plan that would see Paragon open with 1,200 slot machines and apply for the remaining 300 at a future date. The new arrangement would mean Paragon would likely build only one hotel initially, he said.

The vote on the $500-million casino expansion was taken after the longest public hearing – with more than 140 interveners -- in Vancouver’s recent history.

During marathon evening and weekend sessions, residents, police and health officials spoke against the plan, citing concerns about crime, gambling’s social effects and the potential for the facility to drain revenue from other businesses. Several business groups, unions and workers at the present casino operation spoke in favour of the potential for jobs and increased local revenue.

In reports that went to council before the vote, staff compared separate gambling-revenue projections from reports commissioned by Paragon and by the B.C. Lottery Corp., which regulates gaming in the province.

Staff noted BCLC’s projections were lower than Paragon’s. The Edgewater casino currently generates about $120 million in annual revenue. A 2009 consultant’s report prepared for BCLC said the expanded casino could generate $231 million a year, and that Vancouver's annual share of casino revenues would almost double, from $6 million to $11 million.

A report done for Paragon predicted much higher annual revenue of up to $390 million, with Vancouver’s cut predicted to be at least $17 million.

Staff also voiced a concern that both reports predicted that about 90 per cent of revenues would have to come from city residents – not tourists or out-of-town gamblers.

The idea that there’s a big enough pool of local gamblers to support the expansion contradicts a survey last year done by HLT Advisory, staff noted. That study indicated that 86 per cent of people in the provincial gaming industry thought there were already enough casinos in the province to serve present demand and that there was not an excess demand for more tables.